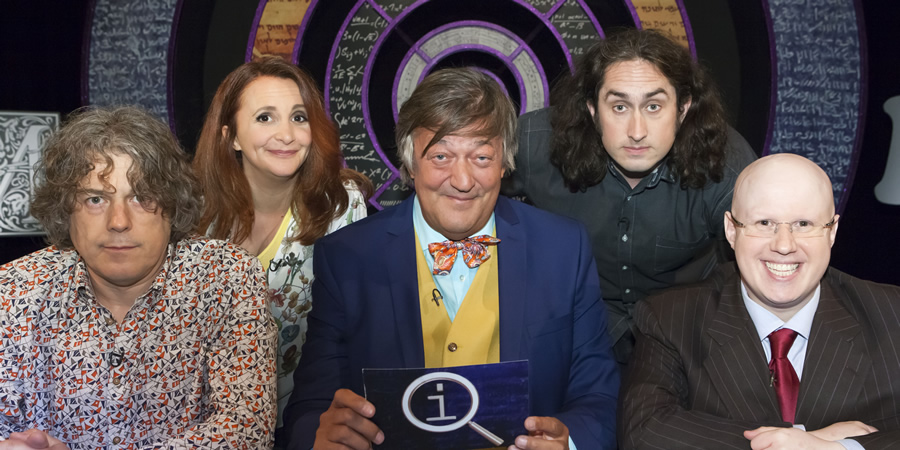 - Typhoid Mary died of pneumonia. Mary Mallon was an Irish cook working in New York at the turn of the 20th Century who carried typhoid, but displayed no symptoms and was immune to the disease. However, she infected between 30-50 people, and as people got infected and died, she would mysteriously leave her current job and become a cook elsewhere, so Mary knew she was a carrier. She was put in quarantine for a brief period, and let out on condition that she would no longer work as a cook, but went straight back into service. She attempted to hide from the authorities but was caught. She spent the last 20 years of her life in quarantine. (Forfeit: Typhoid)

- XL Tangent: Typhoid is spread by the bacterium salmonella typhi. Salmonella gets its name from the bacteriologist who discovered it, who was called Dr. Daniel Salmon. Like Typhoid Mary, Dr. Salmon also died of pneumonia.

- The most deadly thing you can find in a doctor's waiting room is a soft cuddly toy, because so many patients have handled it and it will not have been washed for a long time. 13.5% of hard toys in GPs' waiting rooms have bacteria, but 90% of soft toys have serious moderate-to-heavy contamination.

- Tangent: Stephen says that a teddy bear "can't be wiped down", to which Alan says that Stephen has tried ("bear" being a gay term).

- XL Tangent: After Ross asks if cuddly bears are dangerous, the panel are coming to the conclusion that Pudsey from Children in Need needs to die. Ross says it would make for a great opening to Children in Need if Terry Wogan was threatening to boil Pudsey unless people gave him money.

- Tangent: The reason why magazines in doctors' waiting rooms are so old and dull is that other patients steal the newer, more interesting magazines before you get a chance to see them yourself.

- Tangent: Ross asks about the level of contamination of gentlemen's magazines in sperm banks. Ross gave a sperm sample once, but not at a sperm bank and there were no magazines. He had to give a sperm sample to his doctor when he lived in remote Australia, but the doctor's office was too far away to collect the sperm at home, so he had to go to the doctor's office and collect it in the gentlemen's lavatory. The only form of stimulation available was a picture of a woman in Victorian dress on a ladies' sanitary bag. Ross claims he can't look at Mary Poppins in the same way again.

- There are several bits of your body that you can do without and still live. You can lose a kidney, your tonsils, your appendix, your gall bladder, your sinuses, your testes, your uterus, your ovaries, half your brain (in an operation known as a "hemispherectomy"), your hair, four-fifths of your liver (because it can grow back), your teeth, your bladder (which can also grow back), your fibula (which is not load-bearing) and a lung. The most famous person in the world with one lung is Pope Francis, who had one taken out as a teenager.

- XL: If Alan had kidney failure and Stephen were to donate one of his kidneys to him, then Alan would end up with three kidneys inside him. When you have a kidney transplant, the old kidney is not removed. There is one case of a man who now has five kidneys inside him after multiple transplants. (Forfeit: Two)

- XL: The thing that is wrong with 80% of medical students is that they think they have something wrong with them when they are in fact perfectly healthy. They suffer a form of hypochondria called Medical Student Syndrome, which has been known of since 1908. If medical students read about Medical Student Syndrome, they will end up believing that they have actually got it.

- What is having sex on your face right now are mites. Of the mites that live on the human face only 14% are visible to the human eye. They have no anuses, which means when they die a whole lifetime's waste is deposited on your face. Everyone in the world has these mites on their face, and they cannot be washed off.

- Tangent: Ross asks if there is 14% of waste you can see on your face, to which Stephen says no. Ross then says that Stephen has a lovely tan.

- Tangent: Some scientists believe that between two-thirds and 98% of people have mites in their eyebrows. One person who doesn't have these mites is Matt, because he has no eyebrows, having lost all his hair at the age of six. Matt thinks his alopecia might be due to an over-active immune system.

- XL Tangent: Ross says that while he feels Matt's pain over his hair loss, as a very hairy man himself he has problems too. He has a very hairy chest, so when he holds a small child, that child might grab Ross's chest hair and cause pain. Matt says that this doesn't make him feel better because he's gay and doesn't have children. Ross therefore agrees to make a chest wig from his own chest hair, glue it onto Matt, and get one of his children to rip the hair off. Matt says in return he will get lots of gay men to have sex with Ross.

- The human organ that most resembles an elephant's trunk is the tongue. The reason why trunks can take on just about any shape is because they are all muscle, and therefore mostly water, which cannot be compressed.

- XL Tangent: The elephant is the only mammal apart from humans to have a chin.

- Tangent: The member of the panel with the strongest muscle is Lucy, because it is the uterus. The amount of force it exerts is the same as a longbow.

- Tangent: The largest muscle in the human body is the gluteus maximus, which is the buttocks. Ross says that it is impossible for the human buttocks to crack an egg, which he mentions in the hope that viewers will experiment with this idea. Matt argues that the worry would be the egg accidentally going up your buttocks, although Stephen seems surprised that this is a problem.

- XL: The difference between post-orgasmic illness syndrome and floppy trunk syndrome is that the former is suffered by male humans and the latter is suffered by elephants. Floppy trunk syndrome occurs when an African elephant loses the use of its trunk. The elephant has to toss the trunk across their shoulder to stop it dragging on the ground; must walk deep into water to drink; cannot eat properly; and there is no known cure so many elephants have to be put down because of it. Post-orgasmic illness syndrome is a condition where a man is allergic to their own semen. After sex the symptoms that occur include flu-like symptoms, rashes, itching, exhaustion and concentration difficulties. The cure is to have multiple subcutaneous injections of your own semen.

- XL Tangent: Stephen jokingly asks who hasn't drunk their own semen, but no-one else will admit to it. Matt then points out that his mother is in the audience. When told about the cure for post-orgasmic illness syndrome, Matt jokingly says that he has injected semen into other people but not into himself. Ross points out that Matt's mother is in the audience and Matt apologises.

- XL Tangent: Yorkshire magician Ian Wragg is allergic to the rabbits he uses in his magic act. Stephen asks why he doesn't just work with other animals. Matt mentions that when working on Little Britain they had an animal handler who was scared of mice. Ross once worked with an animal handler who had a parrot on his shoulder, but the parrot kept stealing the handler's hearing aid.

- Despite all the stereotypes, it turns out the nationality with the best teeth in the world is the British. According to the OECD (the Organisation for Economic Cooperation and Development), looking into the amount of fillings and decay, British children had the best teeth on the planet. (Forfeit: Americans)

- Tangent: Matt claims that one reason the British have less fillings is because British people just don't go to the dentist at all. Stephen then corrects Matt's grammar as he should have said: "Fewer fillings". Matt then tells Stephen the following joke in revenge: "Knock Knock./Who's there?/To./To who?/No, it's 'to whom'."

- XL Tangent: Arguably the best teeth in the world are those of limpets. Their strength is the equivalent of a single string of spaghetti holding up 3,000 half-kilo bags of sugar - or as Alan points out, 1,500 kilo bags.

- XL Tangent: The phrase "bees' knees" comes from the USA, when Italian immigrants came over and said: "It's the business", which in an Italian accent sounds like: "It's the bees' knees."

- The part of the body named that Gabriele Falloppio named after himself were the Fallopian tubas. He thought that they looked like musical tubas, but in Italian when you pluralise a word ending in "A", the last letter becomes an "E", so in Italian there is one fallopian "tuba" and two fallopian "tube". When it spread into English people just read the word "tube" and pluralised it to "tubes".

- XL Tangent: Falloppio also invented a condom in the 1540s-1550s, made out of linen. He predicted it would help fight against syphilis and gave 1,100 men these condoms. None of them got syphilis.

- XL: The panel are shown a photo of two couples, one shaking hands and one kissing, and are asked which couple is most like to catch a cold. The answer is the couple shaking hands, because the cold virus is spread mainly from people not washing their hands after wiping their nose, and is not passed by saliva.