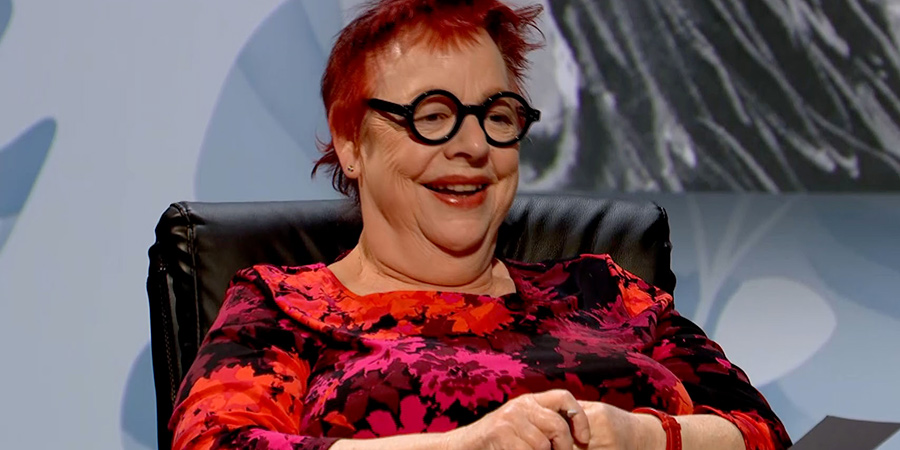 - The weirdo genius who left a plague zone to test his eyesight was Sir Isaac Newton. During the Great Plague of 1665, Newton fled Cambridge and shut himself up in the family farm at Woolsthorpe. There he did studies of optics and wanted to figure out how eyes worked, so experimented by taking a bodkin, a kind of hatpin, and put it between his eyeball and the socket to see what effect it would have on his vision. He discovered that it affected the colours he saw and he could see spots before his eyes. He also studied the plague, and his cure was lozenges made out of toad vomit, which unsurprisingly didn't work. However, his handwritten recipe was sold at Bonhams in 2020 for £60,000. (Forfeit: Dominic Cummings)

- Tangent: There are many similarities between the 2020 Coronavirus epidemic and the Great Plague of 1665. Charles II shut down pubs and universities, as well as banning most public gatherings; death tolls were publicly posted; mourning was limited; and plague doctors wore something akin to PPE. The doctor wore the classic long-beaked masks, which worked a bit like face masks today, but they wrongly thought that sweet-smelling perfume in the mask was what kept them safe. They also wore long sleeves and long gloves which protected them from fleas.

- The thing that has shooting stars coming out of their bottom is the International Space Station. The ISS lavatory was recently upgraded at a cost of $23million. Known as the Universal Waste Management System, it has the ability to sort out faecal matter from the rest of the waste to allow the liquid to be recycled as drinking water. For women, this toilet is an improvement on Earth toilets as it has a ridged funnel to help position themselves. However, there is no truly unisex lavatory that works for everybody. Early space lavatories had to use germ-killing liquid in the bags containing faeces, and then the bag was kneaded for a few minutes, so it was stabilised and stored away for re-entry. These bags were then jettisoned, and then burn up in Earth's atmosphere, becoming shooting stars.

- The best way to survive in the Sahara is to drink if you are thirsty, because the water is better inside you than it is in the bottle. You should also use large gulps, because if you take small sips the body does not recognised it has been rehydrated and thus you remain thirsty. You should not drink your urine because it is too salty and thus further dehydrates you. Urine is 2% salt, with sea water being 3.5% salt. One of the best things to do is save sweat, so try to reduce the amount the water you sweat by finding shade. Also, avoid eating too much because you waste water digesting your food, and keep out of the wind because air can speed up sweat evaporation. If you plan to drink water from a cactus in the Sahara, don't bother because there are no cactuses there. Surprisingly, one of things that kills people more than dehydration in the desert is drowning in flash floods in wadi places, where walls of water between 10-30ft high are created suddenly and violently.

- Tangent: One way to get water in the desert is get a bit of plastic, pin each corner down so the plastic dips in the middle, put a cup underneath the plastic, and water will condense on the underside of the plastic. This water drops into the cup for you to drink.

- Stiffy: To jump off the top of the ramp, keep both your feet on the board, then straighten your legs and hold the board with your hand.

- Hippy jump: To jump off your board, so over an obstacle, the board keeps rolling, and then you land back on the board.

- Salad grind: The back wheel slide across the top of a ramp while the front is raised upwards. Named after its inventor, Ed "Salad" Dressen.

- Willy grind: The opposite of a salad grind, where the front slides on the ramp and the back is depressed. Named after its inventor Willy Santos of the Philippines.

- Sack tap: The skater jumps off the top of the ramp, grabs the board with both hands, then taps their scrotum with the board, and then puts the board back under the feet.

- The thing that is so solid about the siksik squirrel is its body entirely freezes during hibernation. Also called the Arctic ground squirrel and called "siksik" after the noise it makes, it hibernates for eight months of the year, during which time their entire body freezes. It can supercool its blood to minus three degrees centigrade, colder than any other mammal. Liquid needs something for its molecules to grab on to before it can form ice crystals, and to avoid this all imperfections are removed from a siksik's blood. We do not know how this is done. It you picked a siksik up and shook it, it would freeze and die. Their heartbeat slows down to twice a minute, the same pace as a blue whale. The siksik comes out of hibernation every three weeks so it can sleep, because even though it has been frozen, the brain still needs sleep.

- If you engage in too much spelunking, you might suffer from various health problems as spelunking is the hobby of exploring caves. In 1989, 27-year-old Italian interior designer Stefania Follini took part in an experiment revolving around circadian rhythm where she lived on her own in a cave in New Mexico. She lost weight, got little vitamin D, her period stopped, her body clock changed completely resulting in her staying awake for 20 hours and them sleeping for 10, and when she came out of the cave after 130 days she guessed she was only in the cave for 60 days. It was so bright when she came out that she needed to wear dark glasses. Spelunking can also cause claustrophobia, but there is one cave, the Sarawak Chamber in Borneo, which is so vast that people inside it get agoraphobia or megalophobia, as the chamber is so large you can fit 10 Wembley stadiums/stadia inside it.

- Tangent: When Lee rings the klaxon by saying "antibacterial soap", he asks if the Elves have got it wrong again. (Forfeit: No)

- You can't tell your toe is not broken just by wiggling it. (Forfeit: You can move it)

- Eating food helps you get less drunk because alcohol enters the bloodstream via either the stomach or small intestine. The intestine absorbs alcohol quicker as it has a greater surface area. If you are full, the sphincter between your stomach and small intestine is closed, and more of the work will be done by the stomach, so a fatty meal can reduce your peak alcohol concentration by 50%. Thus, you want to eat something that keeps your stomach busy. Thus low-sugar mixers like slimline tonics get you drunk faster. (Forfeit: Lines the stomach)

- Helen of Troy had a face that launched 1,186 ships, according to Homer's Iliad. The idea of her launching 1,000 ships dates back to Christopher Marlowe's 1592 play Doctor Faustus, which rounds down the figure. (Forfeit: 1,000)

- Tangent: The Iliad makes no mention of the wooden horse, but instead appears in a flashback in The Odyssey, and Helen of Troy originally came from Sparta.