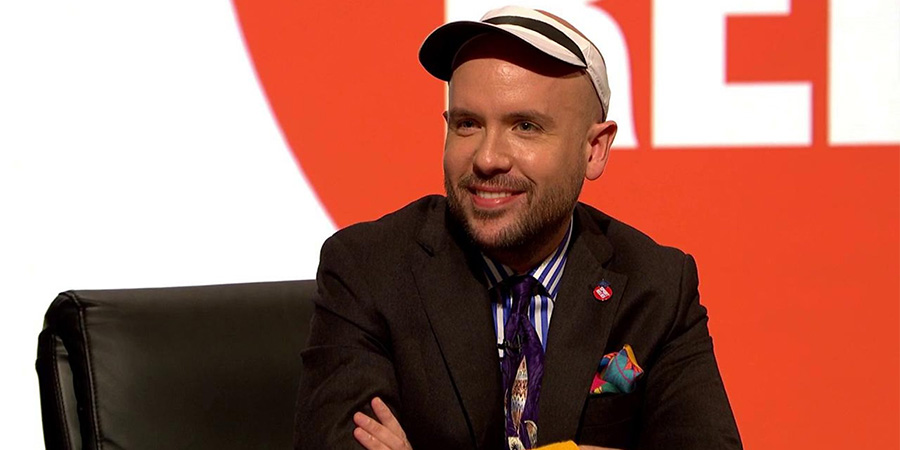 - The richest international athlete is 80-year-old Michael Bambang Hartono, who wrong bronze for Indonesia in the 2018 Asian Games playing bridge. However, his money comes not from his sporting activities, but the fact that he is the second-richest person in the country, worth $18.5 billion. In comparison, Michael Jordan is worth $2 billion. (Forfeit: Lionel Messi; Michael Jordan)

- The panel are asked to define the word "sport". It is considered to be something that improves or expresses physical fitness, or mental well-being. The panel are then asked to consider if the following activities are sports or not.

- Darts: Sport England have recognised darts as a sport since 2005. In 2010, Phil "The Power" Taylor was runner-up in BBC Sports Personality of the Year.

- Extreme ironing: Someone once took an ironing board up Mont Blanc and did ironing on it.

- The people who started calling football "soccer" were the British. In the 1860s and 1870s, posh schoolboys would add "er" at the end of words. For example, rugby became "rugger", and association football became "soccer". (Forfeit: The Americans)

- The skunk rule is a rule in US school sports. This rule is that if one team is totally dominating the game and clearly going to win, you just stop playing. The panel then play a game called "What's the Penalty?" where they have to identify the penalty for the following offenses.

- Pool: Putting a cigarette behind you ear is a foul, but only if the cigarette enters the space above the table.

- Badminton: There is no rule against a player playing with two rackets, one in each hand.