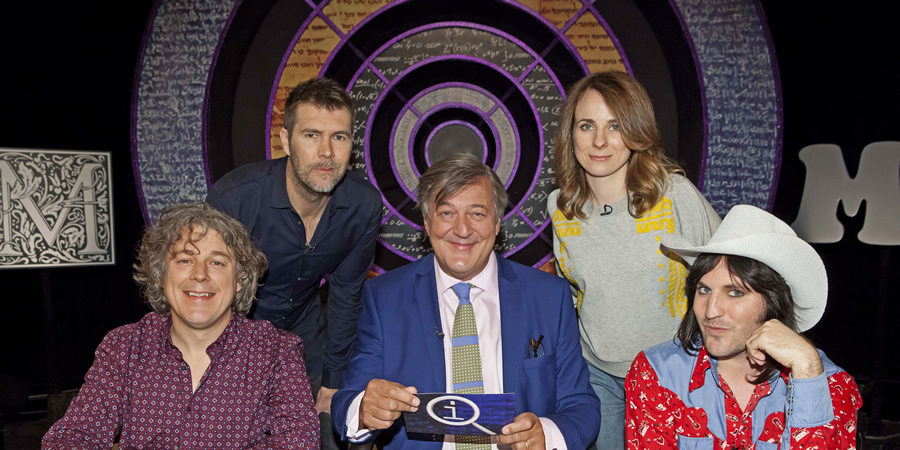 - This is a "General" show in Series M, covering a wide range of different topics beginning with "M".

- The problem with the Gilbert U-238 Atomic Energy children's chemistry set was that it contained uranium, polonium, and other sources of alpha, beta and gamma radiation. It also contained a Geiger counter and instructions on how to mine for uranium. The packaging said that it was completely safe and harmless. It was sold in 1951-52 for $49.50, which is £300 in today's money, and was eventually taken off the shelves because it was so expensive rather than the danger of radiation. The man who released the toy, Alfred Carlton Gilbert, also released other toys including a chemistry set containing ammonium nitrate, the main ingredient in fertiliser bombs, and the first experiment in the kit was to make gunpowder. Gilbert's most famous toy was the American version of Meccano, known as Erector.

- XL Tangent: When he was at school, Noel carried out a dare to eat some iron filings. Noel had to see the head science teacher, explain what he had done, and had to drink a solution which prevented any damage.

- Tangent: Other radioactive toys from the 1950s was a cereal toy promotion for The Lone Ranger, which was an atomic bomb ring containing polonium alpha that gave off brilliant flashes of light. This is even more bizarre because The Lone Ranger was set in the 19th century. Over a million were made.

- Tangent: In the 1990s American Boy Scout David Hahn tried to construct a nuclear reactor in his mother's shed in Michigan. His safety equipment included a lead poncho, a garment that Noel claims that he has too. Hahn also threw away his clothes after each session. He was caught when he tried to purify thorium, and the shed was found to be 1,000 times more radioactive than normal background radiation. The shed was taken away and buried in the desert.

- The place that begins with "M" and holds the world's deadest parties is Madagascar. Every few years the locals dig up their ancestors and have a party while dancing with the bodies over their heads. The dead are dressed in silk scarves, spray the bodies with perfume and bathe them with sparkling wine. After the dance the corpses are placed on the ground, the elders tell their children about the ancestors, and then tell the corpses about the children that have been born since they died. The reason for the party is because the locals believe they have had a dream in which their ancestor has told them that they are cold in their grave and want to come up. The ceremony is called a Famadihana. (Forfeit: Maidstone)

- XL: You can get out of prison using nothing but a decent lunch by making sure that your parole hearing takes place straight after the parole board has ate the lunch. A study of the Israeli parole board showed that at the start of the day parole boards granted two-thirds of applications for parole, but as time went on fewer paroles were granted, until just before lunch they approved virtually no paroles at all. Then they had lunch and were very generous again. There was no relation to do with ethnicity or seriousness of the crime.

- XL Tangent: Willpower is seemingly driven by glucose. Thus if you are trying to lose weight you need the willpower not to eat glucose, but you get the willpower by eating glucose, so you are trapped in a catch-22 situation. Alan suggests that if plate were smaller people would eat less. Noel suggests that you could just have large plates place a long way away so they look small.

- A medical malady: the symptoms of "bicycle face", according to the Literary Digest of 1895, only occur in women. They wrote: "Over-exertion, the upright position on the wheel and the unconscious effort to maintain one's balance produces a wearied and exhausted bicycle face. The main symptoms are a hard, clenched jaw and bulging eyes, as well as being flushed or pale, and wearing a haggard, anxious expression." Other doctors claimed that cycling would irritate the pelvic organs, "and stimulate women to disturbing lusts." One French expert said: "it would ruin the female organs of matrimonial necessity."

- Tangent: Cariad starts talking about the clitoris and the rest of the male-dominated panel act as if shocked by the mention of it. Cariad says that the clitoris is a very large organ, and what you see is just "the tip of the iceberg". A New York artist made a large, not to scale clitoris, and got women to ride on it.

- XL Tangent: In the early days of cycling men were annoyed that women used bicycles because they were free to move anywhere. Some early bikes for women were design to be ridden side-saddle because it was thought rude for a woman to sit astride the bike.

- XL: The panel demonstrate the "Magnus effect", which shows how an object can curve away from its flight of path. It is the effect that occurs when a football curves around when a kick is taken from a standing spot like a corner or free kick, famously done by David Beckham. The panel demonstrate by rapping a rubber cord around two cups which are stuck together at the bottom. The spin that is created when the cord is released makes pressure that forces the cups up in the air. Noel is able to get his cups to travel the furthest.

- The brown-headed cowbird can make you an offer you could not refuse because it lays its eggs in other birds' nests, and if the bird that made the nest gets rid of the egg then the cowbird comes along and totally destroys the nest. The bird that originally made the nest then rebuilds it, and if the cowbird puts its own egg in that nest again, the nest-building bird leaves the egg alone next time. Thus the brown-headed cowbird creates a kind of "protection racket", like gangsters, hence why it is an offer you can't refuse. The brown-headed cowbird is a brood parasite, in that it occupies that host's birthing place. The most famous brood parasite in Britain is the cuckoo.

- The thing that begins with "M" and nearly destroyed the world 470 million years ago was moss. The Ordovician-Silurian extinction event occurred when the moss ate away at everything, including rocks, which caused a chemical reaction with phosphorus. This reacted with carbon dioxide and sucked it out of the atmosphere, using up nearly all the oxygen. It took over 35 million years for this process to occur.

- XL Tangent: There are around 14,000 species of moss in the world. The rarest moss in the world is feather moss. There is only one yard of it, on a stretch of river in the Derbyshire Peak District. The exact location is kept secret.

- You would want to blow up a moth's penis to see what species of moth it is. The phalloblaster is an Australian machine that is designed to pump up a moth's genitalia using a stream of pressurised alcohol, because sometimes it is impossible to tell the species of moth without looking at the genitalia. Therefore in order to make the genitalia visible, they have to be enlarged. When the alcohol evaporates it hardens the tissue.

- The man who invented toilet vinegar also invented mascara. Both were invented by Eugene Rimmel. Toilet vinegar which was a form of toilet water perfume. There is an urban myth that mascara is made out of bat guano, but it is actually made out of guanine, which is made out of fish scales. Rimmel worked in theatres where he would waft in different kinds of perfume for each scene.

- XL Tangent: The first invention made by John Logie Baird, who is more famous for inventing television, was a pair of socks that went over the sock you already wore. They were impregnated with borax which absorbs moisture. They were very popular in the trenches of World War I.

- XL: The nationality that invented the motorway was the Americans. While it is widely believed that first autobahn was built the Nazis, the USA had Long Island Motor Parkway (LIMP) which opened in 1908. When it launched there was a news headline that read: "First of the Motorways is Opened". The Nazis didn't make the first European motors either. The Italians built a toll motorway between Milan and the northern Italian lakes in 1924. The Nazis didn't even make the first German motorway, which was built in 1932, the year before they came to power. A motorway is road that allows only motor traffic. (Forfeit: The Germans)

- After you die the last bit of your body to stop beating is the cilia, which are microscopic hairs all over the body. They beat in waves to pass things forwards and backwards. You can test your cilia by dabbing saccharin on your nostrils, and do not push it up the nose or sniff at it, eventually you will be able to taste the saccharin in the back of your throat. A study of 100 cadavers found that the cilia moved for up to 20 hours and that the beat slowed down at a consistent pace, regardless of external factors.

The panel discuss the Brown-headed cowbird and brood parasitism.