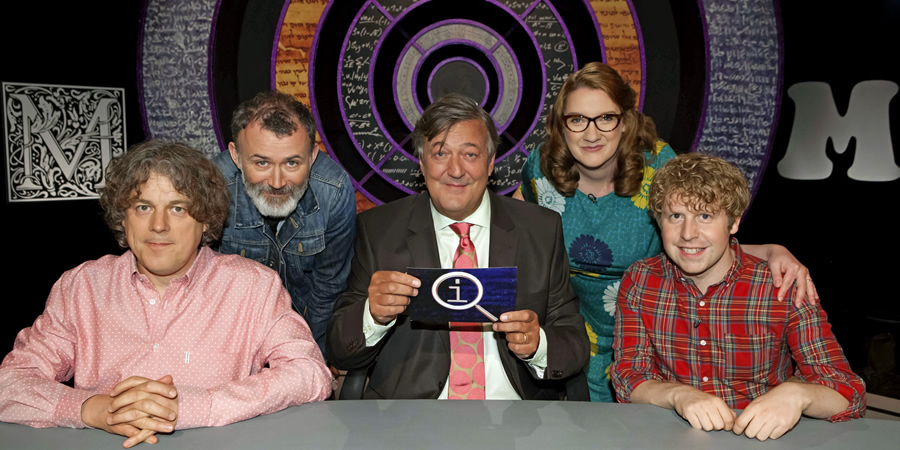 - Tangent: Tommy asks if there is a difference between fact and truth. He says this because Tommy's father remembers things that did not actually happen, but there is truth in the memory. Josh thinks that the opposite happens to him, because his first memory is something that has been told to him so many times that he himself can no longer remember it.

- Tangent: A journalist once interviewed a busy woman about who makes the important decisions in the household. The woman said that she did the less important things like what the children should wear, what they should eat, how much to spend on the household budget, where they should go on holiday and what sort of car they should drive. Meanwhile the woman said her husband makes all the important decisions, like whether there should be a United Nations presence in Bosnia.

- XL Tangent: Other memory tricks that have occurred include what you were doing when the first plane hit the World Trade Centre. Josh claims he was one of the first people to find out because he was watching a lunchtime repeat of "Neighbours", and the BBC interrupted the programme to report on the news. An Irish friend of Tommy's was living in New York at the time of the disaster, and slept through it. One false memory however is of people seeing footage of the first plane crashing, because it was not shown on the day. This footage was not shown until the day after. One idea common among conspiracy theorists is that George W. Bush once mistakenly said: "Seeing that plane go in to the first tower, my heart sank", which the theorists believe is proof that Bush was actually watching it and had a secret camera showing the first plane crashing, when actually he do had a false memory.

- XL Tangent: Another false memory test has shown that 70% of participants were convinced into thinking they had committed crimes such as theft and assault during their adolescence when none of them did.

- XL Tangent: When Tommy's father cannot sleep he tries to remember things he has never remembered before.

- Magic Trick: Stephen produces a small piece of blank paper and a special printer consisting of a roller and a bit of wooden board. Rolling the printer over the paper results in it printing out a £10 note, accurately produced on both sides of the paper.

- XL Tangent: Examples of people trying to make their own money include con artist Victor Lustig, who made a machine which he claimed could print $100 bills, which he sold for $30,000, but the money was fake. During his lifetime Lustig successfully con people twice into thinking he was going to sell the Eiffel Tower.

- XL Tangent: Sarah was once given a rose underneath the Eiffel Tower, and then she noticed that the same man ran after her husband for €15.

- The panel are asked which of the following the most convincing: The IKEA Effect; The Rhyme as Reason Effect; of The Frequency Illusion. The IKEA Effect is when you think something is better because you make it yourself, like when you build a piece of IKEA furniture, or make a meal out of food that you yourself have grown. The Rhyme as Reason Effect is when a phrase seems more believable because it rhymes. One experiment shows that if you say the phrase: "Wealth makes health" people will believe it, but if you say the phrase: "Financial success improves medical outcomes" people will not believe it, even though they both mean the same thing. A famous example of the effect was given by O.J. Simpson's defence lawyer Johnnie Cochran who said: "If the glove doesn't fit, you must acquit." The Frequency Illusion is when you first hear something, and then over the next few days this same thing occurs a lot more often. These three effects are all examples of "cognitive bias".

- Tangent: Josh gives an example of the Frequency Illusion provided by Richard Osman, who said that people were always complaining to him about the number of questions about tennis on Pointless and from then on if you see another tennis question you think that this enforces the argument made.

- If an amnesiac were to be asked for his name by a doctor he would be able to remember it. Despite all the films and stories about amnesia it does not make you forget things. Amnesia prevents you from remembering new things. (Forfeit: I don't know)

- Tangent: There was a con artist who pretended to have amnesia, and instead of writing or telling people his name, he would play the piano to communicate.

- XL Tangent: Another cognitive impairment is if you take a photo of something then you are less likely to remember it. However, if you zoom in on an object, then you remember both the area you zoomed in on and the object itself.

- Stephen gets the audience and the panel to do a memory test. He says the following list of words which people have to remember for the end of the show: Bed. Rest. Awake. Tired. Dream. Wake. Snooze. Blanket. Doze. Slumber. Snore. Nap. Peace. Yawn. Drowsy.

- Magic Trick: Stephen produces another blank sheet of paper, along with an ink blotter and pad. Stephen pressed the blotter onto the paper, and in doing so produces a £5 note, accurately produced on both sides of the paper.

- Tangent: When Josh was doing his school exams he was told that when doing multiple choice questions with four choices, you should go for one of the middle answers as that is where you will most likely find the right answer.

- If question one in a "true or false" exam has a true answer, then question two is more likely to have a false answer. It is most likely the first few questions will go true, false, true, false, but of course this is not always the case. The chance that the next true of false question will have the opposite answer is 63%. If you want to optimise your score in such an exam, first you should answer all the ones you know the answer to, then questions next to the ones you know will more likely have the opposite answer, and then for all the questions left over you should say the answer is true. (Forfeit: True)

- XL: The panel are asked to watch a film and say what happens. The film is of a street front, and is filmed to look like you a blinking. Slowly the panel notice that a person in the picture changes from a woman to another woman walking the other way with a dog. However, when the film is played without the blink they discover that something changed with every frame of footage, including signs, doors and trees appearing. This film was shown at the Royal Institution Christmas Lecture by Prof. Bruce Hood. This form of blindness, known as saccadic masking, is a problem for witnesses of crimes. This sort of thing happens every day. For example, if you look at yourself in a mirror and look at your right eye, then look at your left eye, you do not see your eyes move even though they do, because your brain shuts down your vision for that moment. Saccadic masking can add up to 30-45 minutes a day, meaning you are temporary blind for 2 years of your life on average.

- XL Tangent: There is a similar film made in America, where people are told to count how many times a basketball is past forwards and backwards, and while this is going on nobody noticed that a man in a gorilla suit walks past, waving at the camera.

- Magic Trick: Stephen produces a rolling press printer with a dial on the front of it, which produces bank notes of varying sums. Stephen first tests it on the £20 setting, puts a piece of blank paper in the printer, and accurately produces a £20 note. When Josh asks him to put the printer on the £100 setting, Stephen puts in one blank sheet of paper, and magically produces two £50 notes.

- A paradoxical insomniac gets the more sleep than they think they got. It is a rare condition in which medical tests and machines shows that you are sleeping, but you are actually awake.

- Tangent: Tommy jokes that a paradoxical kleptomaniac is someone who leaves things in shops.

- You can swear like a pre-pubescent supercomputer by filling it full of entries from UrbanDictionary.com. The 11-year-old supercomputer Watson, most famous for taking part and winning the American gameshow Jeopardy! where the rules are you must answer in the form of a question (e.g. For "This actor played Jonathan Creek" the correct answer is "Who is Alan Davies?"), was fed a dictionary. The problem however is that UrbanDictionary.com is full of swearwords. Examples of UrbanDictionary.com words beginning with "M" include "man cave", "milkshake", "metrosexual", "motorboat", "minger" and "muffin top". When testing Watson before it went on Jeopardy! it just kept swearing, so Watson had to be reprogrammed.

- XL Tangent: The most powerful computer in the world is Tianhe (Milky Way) in China. It can run 100,000 times as many calculations per second as there are stars in the galaxy. However, all computers are still very slow in comparison to the human brain. The fastest supercomputers can mimic one second of human brain activity in about 40 minutes. Alan says that this means that computers are rubbish at playing snap. Tommy once tried to teach a cat to play snap over the course of one summer, and hope to make money at a fair. People used to take pigs to fairs that were trained to spell out words. The farmer would make particular poses in order to signal where the pig should go.

- XL: The reason why the camel got the hump and where was because camels originally came from the arctic and humps are used to store fat and keep camels warm. (Forfeit: For storing water)

- XL: In the war between the grass and the grass-eaters everyone is winning really. While some forms of grass evolve ways to make itself unpleasant to eat, it does not evolve to stop it from being eaten. Unlike most plants, the centre of being of grass is at the bottom, so a cow can eat up to 95% of the top of the grass and the grass itself is fine. The grass itself is helped by being kept cropped. (Forfeit: The grass; The grass-eaters)

- Mushrooms have no preference between growing in the light or the dark. People prefer growing them in the dark because it saves money on lighting and electricity. (Forfeit: The light)

- Tangent: In order to prevent magic mushrooms from giving you an upset stomach the traditional measure was to give the mushrooms to the village idiot, get him to urinate and then you would drink the idiot's urine.

- Tangent: Tommy claims that there was a theory that Jesus Christ was a magic mushroom. There is a thing called the Amanita muscaria, the notion of using magic mushrooms to reach transcendence. Tommy claims he does not know the rest of the story.