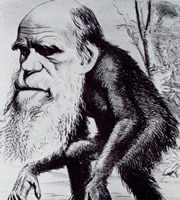 - Each panellist is presented with a picture of a U.S. Patent Office application, and has to guess what it is.

- Clive: Brassiere having integrated inflatable bladders for the holding of comestible liquids. (Drinking out of your bra)

- On average, in particular in the USA, it rains more often on Saturdays because of industrial activities over the week causing a seven day dust cycle.

- Tangent: The seven-day week was invented by the Babylonians. The Romans had an eight-day week.

- The connection between gelignite, saccharin and the rings around Uranus is that they were all serendipitous/accidental inventions and discoveries. Other examples include caffeine, silly putty, Viagra, Post-It notes, penicillin and the Americas.

- Charles Darwin suffered from Chagas disease. (Forfeit: I did)

- Tangent: Carlos Chagas discovered the disease. It is the only disease described by one single researcher. Millions of people still suffer from it in South America.

- Darwin did not describe brown owls, or at least the taste of it, saying it was "indescribable". He was a member of the "glutton society" at Cambridge, which ate all kinds of unusual animals, but none of them liked brown owls. Darwin was a poor student. He could not spell or do arithmetic. The only subject his father thought was good for him was divinity. All the other students became bishops or arch-deacons.

- Tangent: A Phylum feast is held on Darwin's birthday (12 February) in which people try to eat as many different species as possible.

- Tangent: Examples of unusual foods include the beating heart of a cobra, whilst drinking the blood as a wine. Alan claims the most disgusting thing he has ever eaten was earwax.

- The quite interesting thing about the sentence, "Serrated nor'wester sea-breezes caress rambling sea-lion kumquat excursion," was that all these words were introduced into English by William Dampier. Dampier was the first Englishman to set foot on Australia and invented wind maps. His book A New Voyage Around the World was carried by sailors for 100 years. His adventures inspired the books Robinson Crusoe and Gulliver's Travels. Dampier was not liked by many because he was a privateer.

- Tangent: Long John Silver and Israel Hans were real pirates. Silver sailed that Dampier. Hans was shot in the leg by Blackbeard.

- Jules Leotard invented both the leotard (although he called it a "Maillot") and the flying trapeze.

- Kangaroos do not fart, because of a kind of bacteria found in their gut. Scientists plan to isolate the bacteria and give it to cows to stop them farting and putting methane into the atmosphere.

- Queen Victoria was said to have been highly amused by a musical bustle that played "God Save the Queen" whenever she sat down. (Forfeit: We are not amused)

- The "Twit Twoo" sound is made by two brown owls. The female goes "Twit" and the male goes "Twoo". (Forfeit: Brown owl - One owl cannot make both noises)

- Fernville Lord Digby worked in the nude because he was a dog used to advertise Dulux paint. However, the adverts have increased sales of the dog species more than the paint. Old English sheepdogs are now often called Dulux dogs.