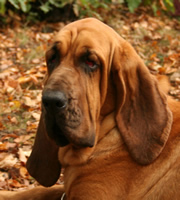 - Dogs are the most varied of all animal species.

- When mating, dogs start in the doggy position and then turn around so they are "Arse-to-arse", with the penis locked inside the vagina. The panel are asked to demonstrate what they thought happened using toy dogs, with Jeremy being the only one to get the answer right. Alan was given a large Old English sheepdog and a Scottish terrier dressed in tartan.

- Tangent: Jeremy and Graham Norton both own a labradoodle. The cross between a Yorkshire terrier and a poodle is a "Yorkiepoo".

- The most interesting thing a dog can smell is cancer. (Forfeit: Bottoms; Bollocks)

- You can tell the difference between a scouse dog and a Scottish dog by the accent. Their barks sound different.

- The only dog that lays eggs is a dogfish, which is a type of shark.

- Tangent: Sharks do not have to swim continuously, though they do need water flowing through their gills.

- The German for "Sausage dog" is "Dackel". (Forfeit: Dachshund)

- Tangent: The German for "Dog" is "Hund", as in the word "Hound". No-one knows where the word "Dog" comes from. "Dogger" is said to come from a Dutch word meaning "A type of ship".

- Fisher comes before German Bight in the shipping forecast. The one before Fisher is Dogger. (Forfeit: German bark)

- Tangent: The shipping forecast always begins with Viking. Alan used to call it the "Chicken Forecast" because that was what he thought it sounded like when he was a child.

- Tangent: The sport of Canary Wrestling is similar to Sumo Wrestling.

- People on the island of La Gomera communicate by whistling in Spanish.

- Tangent: The island of La Palma has a volcano. It is said that if it erupts in a big way, it could cause a tsunami that could wipe out the whole of the Eastern Seaboard of the USA.

- Dog Kung Fu is a kind of martial art where the initial stance is on all-fours. It was invented by a Chinese nun.

- A question on dogfighting: The aeroplane that won the battle of Britain was the Hurricane. The first two planes shot down by Spitfires in WWII were hurricanes. (Forfeit: Spitfire)

- Tangent: When planes were first used during WWI, it was not regarded as a machine for war, so at the first the Allies and Central Powers waved at each other. Then they gave each other rude signs, Mills bombs, pistols and then machine guns.

- Gorillas sleep in nests. They make a new nest every day, even if there is nothing wrong with the old one. The scientific name for the gorilla is "Gorilla gorilla". This is an example of a tautonym. Other examples include "Bison bison" and "Iguana iguana".

- "Rattus rattus" is the scientific name for the rat.

- "Oriolus oriolus" is the scientific name for the golden oriole.

- "Cygnus cygnus" is the scientific name for the whooper swan.

- "Puffinus puffinus" is the scientific name for the Manx shearwater. (Forfeit: Puffin)

- Tangent: The oldest bird in the world was a Manx shearwater. One was tagged in Cokeland Island, Northern Ireland as an adult (at least 5 years old) on July 1953 and trapped again in July 2003. So it either lived for over 55 years or the birds have discovered a way of swapping rings.

- Tangent: A joke by Stephen: What's the connection between pelicans and British Gas? They can both stick their bills up their arses.