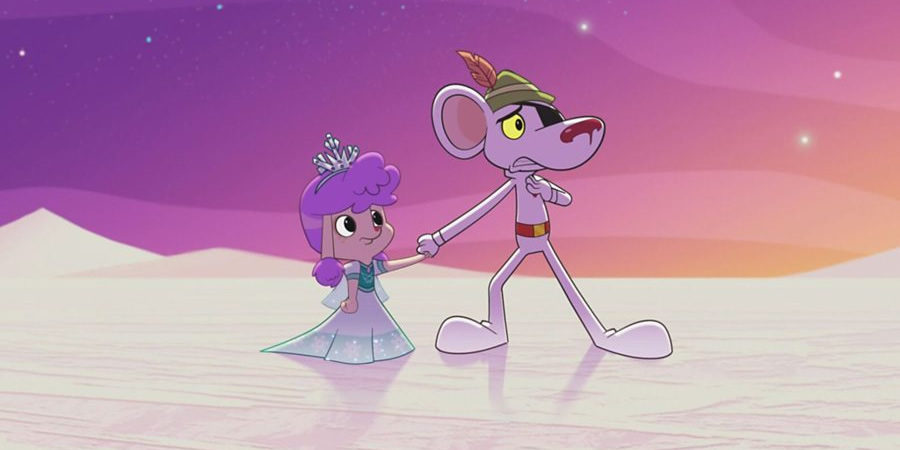 The world's greatest secret agent Danger Mouse is on song once again, in this Christmas double-length musical special of the high-octane, action-packed animated adventures.

Our hero is a bit disgruntled to find that though he's saved the world yet again, all anyone wants to talk about is the smash-hit, ice-themed musical phenomenon Melted.

Penfold and Squawkencluck vie to collect the most memorabilia, and even Colonel K joins in singing the film's anthem. Danger Mouse himself hates musicals - possibly due to an unfortunate public humiliation at a singing contest - and can't understand what they all see in it.

But when another huge fan, Pink Dawn, uses the film's plot to settle a few scores he soon has to admit that Penfold is right: Melted isn't just a musical, it's an experience. Inspired by the film's heroine, Dawn decides to melt the North Pole and flood the world. As temperatures and water levels rise across the globe, Danger Mouse realises the key to thwarting her plans is to re-enact the film's finale - but with a crafty rewrite.

Luckily he has the encyclopaedic plot knowledge of Penfold and Squawkencluck to draw on, and the pair, delighted by the prospect of starring roles, work in harmony to guide Danger Mouse to the big set-piece finish. With the world watching - and listening - he must face the music. Can our hero keep his cool, conquer his stage fright and hit the right note - or will the decisive duet prove too hot to handle?

The episode features a host of specially written songs from composer Sanj Sen.