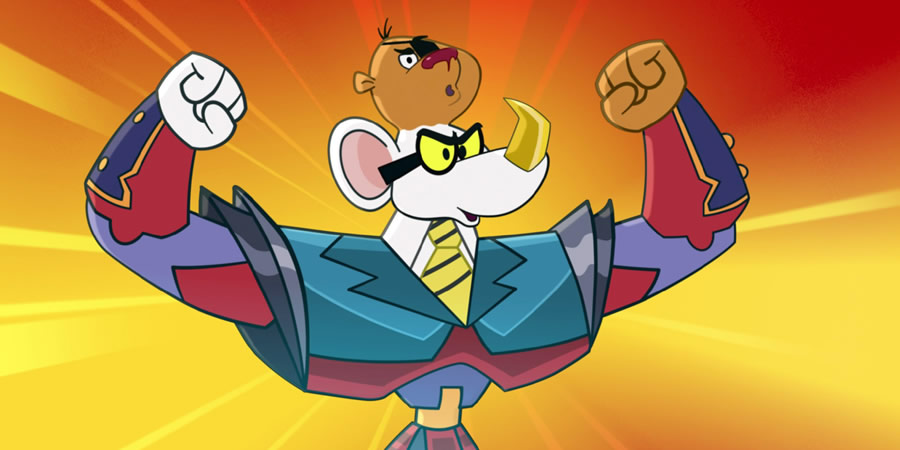 Penfold has had enough of being tied up, blown up and walloped and needs a holiday.

Penfold needs a holiday. DM swears on his honour he'll take some time off so they go on a cruise together where Penfold can focus on playing Giraffe Warriors and defeating the tricky bonus Level C.

Unknown to Penfold their holiday is interrupted when a global attack of weirdly spliced sea monsters breaks out and DM is pressed back into service by K. Unwilling to break his promise to give Penfold an uninterrupted holiday, but unable to turn his back on duty, DM tries to do both but Penfold realises what's going on and feels betrayed.

His feelings of betrayal are trumped when he's captured by one of the sea monsters and dragged to the Baron's underwater base - Toadlantis. DM comes to the rescue and with the help of Penfold's game, the splicing machine and getting their heads together - literally - our duo save the day and their friendship.