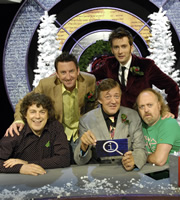 - Tangent: Edward Muybridge was the first man to show the difference between horses galloping, walking, cantering and trotting using photography, shown in his book Animal Locomotion. He also showed movement in humans. Muybridge was the first person in a murder case to plead an insanity charge in an American court, after he killed his love rival in cold blood.

- XL: A giraffe bicycle was a very tall bicycle used to help gas lighters light gas street lamps. The rider would lean on the lamppost to prevent themselves from falling over. An assistant would help with providing the torch as well helping the rider mount and dismount the bike. Most bicycles of the Victorian period were very tall, the most famous being the Penny Farthing, which was known as an ordinary bicycle at the time. The first bicycle with a chain was called a "Dwarf Safety" and was considered tiny. Some big bikes were novelties. The Clark Brothers built "Flood bikes" which were designed to be so tall you could ride them during a flood.

- XL Tangent: At school, Stephen played a game similar to polo called "Quad Hockey" in which the players rode on bicycles while wielding hockey sticks. It was played in a quadrangle, hence the name.

- People tend to not react much to queue bargers. American Stanley Milgram, who is most famous for his experiment which involved giving members of the public white coats and asking them to inflict pain on people (which people did because they felt they had a sense of authority), did 129 different experiments, including at betting shops and railway stations, in which someone entered a queue between the third and fourth person, would say in a neutral tone, "Excuse me, I'd like to get in here", step into the queue and only leave if someone told them to or after one minute, whichever was sooner. On only 10% of occasions was the barger force to leave. In only 50% of cases did someone tut.

- Tangent: In some American states, when two car lanes merge into one signs give the instruction "Like a zip", so that the drivers enter the lane one-by-one.

- Tangent: During World War One, a tank was toured around Britain to all the major cities and people were encouraged to throw money into the tank to raise money for the war effort. The city which donated the most money was Glasgow.

- XL: Until July 2008 it was legal in to smoke tobacco inside Dutch coffee houses. You can still smoke cannabis indoors, but if you mix it with tobacco, that is against the law and you can be fined. You can smoke tobacco outside, but you cannot mix it with cannabis.

- XL Tangent: When Lee was 19 he visited Amsterdam, but he did not want to smoke any cannabis. So when he went to a coffee house he asked for some cake which contained it. However, he thought it would have no effect on him. After two pieces of cake, Lee, at 2am, accused a taxi driver of trying to kill him.

- XL Tangent: Cannabis is seven times more carcinogenic that tobacco. Three joints has the same risk in terms of giving you cancer as twenty cigarettes.

- XL Tangent: One magic mushroom, fly agaric (the one you normally see featured in fairy tales which is red with white spots) is eaten by reindeer in Siberia which makes them go high. This has since been put forward as a possible source for the origin of the myth of flying reindeer. The mushroom is highly toxic to humans so instead of eating the mushroom, people drink the urine of the reindeer to make themselves high.

- XL Tangent: Smoking bans were frist brought into Europe by the Nazis in 1933. They banned smoking in public places, tobacco advertising, restricted tobacco rations for women, and linked tobacco use with lung cancer. Hitler called tobacco: "the wrath of the Red Indian man against the white man for having been given liquor." Hitler went as far as saying that Nazism may never have worked if he himself had not given up smoking. The earliest known smoking ban was in Russia in 1640 by Tsar Michael, who punished smokers by flogging them and having their lips slit. James I of England/James VI of Scotland was one of the first real anti-smoking campaigners, writing a pamphlet called the Counterblaste to Tobacco.

- XL Tangent: Alan references the film "Jackass" which featured people getting paper cuts between the toes. When Alan watched the film, he turned away in disgust. Lee then expresses his disgust of Alan having seen the film in the first place, but Alan claimed it was the funniest film ever made.

- XL: You can get a kick out of book sniffing because in very old books which have gone moldy, a kind of hallucinogenic mushroom grows on it which can get you high. However, you need a lot of it and have to consume it over a long period of time. It is therefore possible that the result of many of the greatest works of literature may have been as a result of people getting high in libraries. Psilocybin is the proper name for magic mushrooms.

- XL Tangent: The man who rediscovered the magic mushroom was Albert Hoffman, who also formulised LSD. He found it as a bi-product of ergot. While looking at this, Hoffman absorbed some into his skin and had hallucinations. Three days later he took what he thought was a tiny dose, but in fact it was 1,000 times more potent than he expected and he had a very bad trip. He wrote: "A demon had invaded me. It had taken possession of my mind, body and soul. I jumped up and screamed to try and free myself from him. Sank down again, helpless on the sofa. The substance I wanted to experiment upon had vanquished me. I was seized by the dreadful fear of going insane." Hoffman had been funded by the CIA, believing that LSD could either enhance performance or act as a truth drug, in what was known as Project MK Ultra. Ironically, the CIA were responsible for the psychedelic movement.

- The panel are asked to give the dates of when certain "cool" words first became used. Quite interestingly, most of the words normally associated with the 1960s were first used in their contexts as early as the 1920s and 1930s, mainly from jazz. Terms include:

- Groovy: 1930s from black jazz musicians. "In the groove" referred to the needle being in the grove of a record. There is also a theory it might be a sexual reference because of the shape of a woman's genitals.

- Chick: 1927, from the Spanish "Chiquita". There is also a Shakespeare reference in Macbeth, with the line, "All my little chicks in one fell swoop."

- Mormons can only have one wife. The founder of what is technically known as the Church of Jesus Christ of Latter-Day Saints, Joseph Smith, had a divine revelation that a man should be allowed more than one wife. However, the Mormons were stopped by the American government, who said that while they could believe in it, they could not do it legally. Just as this was announced, the then leader of the church also had a divine revelation telling him not to have more than one wife. One way to get around it is to have several woman partners, but not marry any of them. Probably the most famous Mormons are the Osmonds. (Forfeit: Many)

- Tangent: The panel joke that there was a member of the Osmond family called "Big Graham Osmond" who they kept locked up in the attic, was grotesque and wrote all of the Osmonds songs. Lee suggests that it would make a good episode of Doctor Who if the Doctor were to visit Big Graham Osmond.

- The panel are shown the cover of The Beatles album Help! They are asked what the band are spelling out in semaphore. The answer is NUJV. The photographer, Robert Freeman, did originally ask them to spell out the word "Help", but nobody liked the way it looked so they did a more pleasing arrangement. NUJV gave raise to one of the first Beatles conspiracy theories, in that some people thought it spelt "New Unknown John Vocalist", which claimed that John Lennon was dead and therefore had been replaced. (Forfeit: Help)

- Tangent: The panel again joke about a freak elderly brother for The Beatles.

- Tangent: Other Beatles conspiracy theories include the barefoot Abbey Road cover. People claim that John Lennon is dressed as a preacher, Ringo Starr as an undertaker, George Harrison as a grave-digger and Paul McCartney (who is barefoot) as a corpse, thus again indicating a death (supposedly of Paul). The album originally featured Paul carrying a cigarette, but modern versions often airbrush the cigarette out.

- "Puff the Magic Dragon" has nothing in common with "Lucy in the Sky with Diamonds". Although people claim that the songs have connections to drugs, claims by all the people behind the songs denied such claims. Peter Yarrow, who wrote "Puff the Magic Dragon" said, "Even if I had the intention of writing a song about drugs, which I may have had later, I was 20 years of age at Cornell in 1959. I was so square. Drugs had not emerged. I know Puff was a good dragon who would have never have had drugs around him. Now you've heard that from the mouth of the dragon's daddy. It is not about drugs." Concerning "Lucy in the Sky with Diamonds", the song was inspired by a drawing done by John's son Julian of his friend Lucy covered in stars, and Julian said the picture was of Lucy in the sky with diamonds. According to interviews, neither John nor the other Beatles knew at the time the initials spelt out LSD until after the song was released. (Forfeit: Drugs)

- Stephen tells the following joke and asks what is wrong with it: "Doctor, doctor, I can't stop singing Auld Lang Syne. - Doctor says 'I'll send you to the Burns unit.'" The problem is that Robbie Burns did not write "Auld Lang Syne". Burns himself said that he did not write it, but it was a traditional song that he wrote down. It first appears in 1724, 35 years before Burns was born. Also, Burns Night is not on New Year's Eve, but 25th January. "Auld Lang Syne" means "Old long since" or "In the old days". (Forfeit: It isn't funny)

- Tangent: Robert Burns never signed his name as "Rabbie" or "Robbie". He called himself "Robin", "Rab" and "Robert".

Although the pantomime cow in the show is named "Buttercup", in the credits it is called "Daisy".

Who is the Coolest Person?

Were the Nazis cool?

David gets his Sonic Thing out