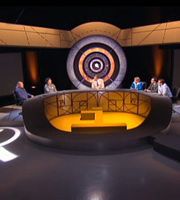 - You can use a goose for the following:

- Wiping you bottom with. Rabelais claimed that a live goose was the beet thing to wipe your bottom with. The full quote from Gargantua is: "'I have', answered Gargantua, 'by a long and curious experience found out a means to wipe my bum. The most lordly, the most excellent, the most convenient that was ever seen. I have wiped my tail with a hen, with a cock, with a pullet, with a calf's skin, with a hare, with a pigeon, with a cormorant, with an attorney's bag, with a Montero, with a falconer's lure. But to conclude, I say and maintain that of all the torcheculs, arsewisps, bumfodders, tail-napkins, bunghole cleansers, and wipe-breeches, there is none in the world comparable to the neck of a goose, that is well downed, if you hold her head betwixt your legs. And believe me therein upon mine honour, for you will thereby feel in your nockhole a most wonderful pleasure, both in regard of the softness of the said down and of the temporate heat of the goose, which is easily communicated to the bum-gut and the rest of the inwards, in so far as to come even to the regions of the heart and brains.'"

- Goose fat is believed to be the best thing to fry potatoes in. It can also be used to greasy yourself when you swim the English Channel, as was done by David Walliams. However, goose fat is now no longer used because when lifeguards try to rescue people they keep slipping out of your grasp.

- XL Tangent: Goose fat is better for roasting potatoes because it allows the potatoes to be cooked at a higher temperature.

- Geese are good watchdogs, and are said to be even better than dogs.

- Goose feathers were used for fletching arrows in medieval times and are mentioned in the legend of Robin Hood.

- Tangent: The bar-headed goose can increase their flight range by 70% by flying in V-formation because it reduces wind shear.

- The reason why giraffes have such short necks is so that they can drink water. In relation to their long legs, giraffes have short necks. Giraffes do not have to splay out like deer when they drink, so they are not as vulnerable and unbalanced.

- XL Tangent: Giraffe tongues are so long they can clean their own ears with them.

- XL Tangent: Sandi knew a couple who imported their Mini into Kenya. One day when they were out driving they got humped by a giraffe and could not get out.

- The reason why giraffes have such long necks is not entirely known. There are several theories. One is so that they can see out for things far away. People used to think giraffes were solitary animals, but it turns out the herd are very widespread because they can see each other over such long distances. The other theory is that males use their necks to fight, and there is footage of giraffes fighting with their necks. They can kill each other with one swipe of their neck. Giraffes do not eat from the tops of trees - they bend their necks down and eat from the lower branches. (Forfeit: To reach tree tops) Correction: In Series K it was revealed that zoologists no longer believe in the hypothesis that the neck evolved for the purposes of fighting.

- Tangent: A giraffe is six foot tall when born. They come out of the mother head-first.

- Tangent: The main food for giraffes are acacia leafs. The leafs however put a defence by tasting bitter and releasing a chemical warning of giraffes coming, so that nearby leafs also taste bitter. It is known as a "wind-born warning burst".

- The commonest cause of death for mountain goats is falling off mountains. Although they are sure-footed, mountain goats kill each other by fighting. During the fight the goats fall off the mountain. They fight about every three or four hours.

- XL Tangent: The American mountain goat is pure white in colour and is not a goat.

- XL Tangent: In Kenya male goats where chastity belts so they can only mate at the right time for Kenyan farmers.

- XL Tangent: In 2007 a Nepalese airline slaughtered two goats to a Hindu god to save a plane.

- Tangent: Sean once worked as a goatherd. To call in goats, you go, "Doo-doo-doo be-gat!" Nanny goats are also attracted to the smell of underarm sweat.

- XL Tangent: Sean's goat-call is French for "goat". His goats were used for cheese.

- Seagulls helped us during World War One by perching on submarine periscopes and so that ships could see where they were. They were trained by putting food on periscopes so that the seagulls got used to finding food on them. Also, the British tried to train seagulls to defecate on them so that the Germans could not see out, but the seagulls could not tell the difference between British and German submarines. Seagulls are actually land birds and only go out to shore a short distance. Also, the correct ornithological term for a seagull is just "Gull".

- Tangent: During World War Two, parrots were kept in the Eiffel Tower to warn of air raids.

- XL Tangent: There was a dramatic increase in the gull population in 1956 because of the creation of landfills. 1956 was the year of the Great Smog with killed thousands of people in London. As a result the Clean Air Act was brought in which made it illegal for people to burn rubbish, so landfills were created to keep the rubbish in, which attracted the gulls.

- XL Tangent: Sandi was once carrying a pizza outside a pub by the seaside, but a gull stole the whole pizza.

- The panel are shown a picture of a camel sticking out its palate, known as the palatinus diverticulus or "glua", out of its mouth. It is trying to attract a female. Bigger gulas are caused by more testosterone. They also make a blib-blib noise to attract the female. In Saudi Arabia, the glua is often cut out so that they breathe better for camel racing. They also import camels from Australia for food, and Australian sand for building.

- Goldfish do not hit the side of their bowls because they sense the pressure. Sharks have neuromasts to detect electricity, called the ampules of Lorenzini.

- XL: Gerbils let us down in the War on Terror because although they can smell terror they cannot detect terrorists. Gerbils can smell terror in adrenalin so people thought of having a cubical that people walked through which had a fan that blew your smell towards a gerbil in a cage. The gerbil would then press a button to show that the suspect was frightened. It did not work.

- XL Tangent: The gerbils most used as pets in Britain are Mongolian gerbils. As they are desert animals their poo is dry and not smelly.

- There are no insects in the sea because there are no flowering plants and no trees. There are however sea spiders.

- XL: The people who stopped flying the Jolly Roger in 2003 were British navy submariners. When submarines were first used by the navy generals thought they were an unfair way of fighting. The crews played up to their roguish roles and flew Jolly Roger flags in a pirate-like way after successful missions. It was stopped because it was feared that the crews were glorifying war. Also the navy wanted to make subs more secret so they stopped flying the flags.

- The people who goose-stepped their way across Europe in the 1940s were the Soviets. The Germans stopped goose-stepping (known as "stechschritt") in the 1930s because it fell out of fashion and it is hard to do. Countries which currently goose-step are North Korea, Russia, China, Cuba, Vietnam, Chile and Iran. (Forfeit: Geese, The Nazis)

This is the first episode to feature five panellists instead of the usual four.

Stephen talks about the eating habits of giraffes.