All the questions have a music theme. With Mark Gatiss, Linda Smith and Sean Lock. 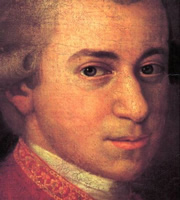 - Snakes do not find any music particularly nice. When someone plays a music instrument, they enjoy the sight of the instrument being played, not the tune that comes out.

- Cats have got nothing to do with violins. Sheep gut is used to make strings, and the people who dominated the market at the time put a myth around that it was made using cats because it was bad luck to kill one. (Forfeit: Catgut strings)

- Tangent: It was discovered in New Zealand that sheep have morphic knowledge.

- Tangent: The huntsman spider is the only spider with lungs. It also does not build a web.

- Tangent: There is a type of music called "Tesco". It is a mixture of disco and techno.

- When spiders are given drugs, their webs are designed differently. On LSD, they're more geometric. On caffeine, there is no pattern. On marijuana, it is between the two.

- "Synesthsia" is a condition where you see colours when you hear sound. Nikolai Rimsky-Korsakov suffered from it.

- In 1988, Warner Communications paid $28 million for the rights to the song "Happy Birthday to You". They currently own the copyright. If you sing it in a public place, you owe Warner Brothers money.

- The worst compilation by Mike Batt (creator of the Womble songs) was a song called "A 1 Minute Silence", which he stole from John Cage, the creator of "4'33"", which is also total silence. Batt also wrote the campaign song for William Hague's 1997 election campaign.

- 10 minutes of light piano music was needed on Good Friday (18 April) 1930 because there was no news. The announcer came on BBC Radio and said, "Ladies and gentlemen there is no news tonight, so here is some music." The only news event aside from football matches was the start of the Chittagong Rebellion, but it was too late for the news in London.

- The panel are shown a piece of sheet music written in a dance notation called the Bennesh movement notation. It is the Hokey-Cokey.

- The first invention to break the sound barrier was the whip. The noise that comes from it is a sonic boom, not leather hitting leather. (Forfeit: Cannonball)

- When you listen to the waves in a seashell, you are hearing air. (Forfeit: The sea; Blood vessels)

- The theme tune to Alan's buzzer (Twinkle Twinkle Little Star) was written by Mozart, who wrote variations of it when he was 5-years-old.

- Bach and Handel had their sight stolen from them by the same Taylor - John Taylor. He was a fraud who claimed to be an oculist. He gave both of them cataract operations that resulted in them losing their eyesight.

- Tangent: Alan tells a joke about mass murderer Dr. Harold Shipman. The joke goes that Shipman has a curry for his last meal. When asked if he enjoyed it, he said, "Yeah, but I could murder a nan." The joke goes down badly.

- Tangent: Alan talks about a whip display he saw at a theme park where a child was blinded. These leads into a rant about anti-smoking adverts and debt adverts. Stephen then mocks Alan who did an advert for Abbey National. Alan gets his own back because Stephen did an advert for Alliance & Leicester.