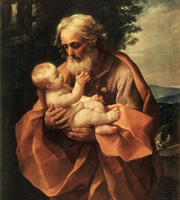 - Each member of the panel is given a cracker with a question in it.

- In General Ignorance, Stephen and Alan swap places, with Alan asking the questions.

- Helium, which makes balloons goes up, changes the timbre of the voice, making sound travel faster. The frequency changes, not the pitch. (Forfeit: Makes it go up) Correction: Frequency and pitch are the same thing. It is the wavelength that increases.

- Tangent: It was hoped that this could be proved by getting the panel to sing on helium, but Health and Safety prevented it.

- Tangent: Aristotle believed that you should always face north when making love, because it helped conception.

- If you want to live for eight years longer whilst still smoking, become a eunuch. Smoking takes five years off your health expectancy on average. However, removing your testicles adds thirteen years onto it.

- Italian barbers used to perform castrations, so that young boys could become singers. The Castrati were people who sang with very high voices because they were castrated.

- There were no animals present at the birth of Jesus. The only reference to animals in the Nativity is Jesus being born in a manger in Luke's Gospel. St. Francis of Assisi created the idea of having model nativity sets with animals in 1223. (Forfeit: Ass; Camel; Cow; Sheep)

- Tangent: Stephen talks about doing an interview with the President of Uganda and meeting David Frost.

- Jesus grandmother, St. Anne had seven heads. This is known because at one point, the Church recognised seven different heads, all claiming to be that of St. Anne, as her head.

- If you want to die and come back to live after three days, you want to be a water bear (also known as a "Tardigrade"). They are creatures that can survive almost anything, including poisoning, radiation, dehydration, pressure etc., by putting themselves in suspended animation.

- Tangent: Stephen claims if he could have a super power, it would be invisibility. Alan says he would like to have no bodily smell.

- The coldest place in the universe is in Louisiana, where scientists have created an iron bar a fraction above absolute zero. The only way a colder temperature can exist is if it has been created by an alien race in some other part of the universe. Correction: Since this show has been recorded, the coldest place in the universe is a lab in Helsinki, which cooled rhodium to a tenth of a billionth of a degree above absolute zero.

- In the Northern Hemisphere, water drains in whichever direction you want. (Coriolis effect)

- When penguins in the Falkland Islands see jets they move away from the noise. (Forfeit: Fall Over)

- There are no sacred animals in India. The term "Scared" is a Christian one and therefore does not really apply to India. (Forfeit: Cow)