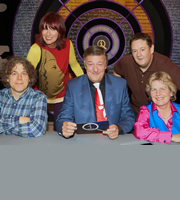 - The technique of the world's greatest kisser can be described as chaste. Early 20th century French actor Andre Brule won a kissing competition, beating around 80 competitors who came as far away as Russia and America. His method involved grabbing the partner's waist and pushing himself down. The contest, which took shortly after World War One, described American kisses as flaccid, Russian kisses as eruptive, Italian kisses as burning, English kisses as tepid, Spanish kisses as vampire-ish. The competition was for male competitors only.

- Tangent: The technical word for a French kiss is a "Cataglottism". Pigeons kiss like this.

- Tangent: A kiss similar to Brule's captured on photo is that of a famous kiss between an American sailor and a woman in New York on VJ Day. Both people are still alive and in 2012 the woman Greta Friedman and the sailor George Mendonsa were brought together again. They had never met before the famous kiss and Greta slapped George after the kiss took place because she was angry at first.

- XL Tangent: According to Theocritus, in the city of Megara there was a version of the Olympics in which there was a kissing competition which was only between boys. The rules stated that the winner was, "whoever so sweetliest presses lip on lip." They returned laden with garlands for their mothers. The Greek for garlands is "stefan", which is where the name "Stephen" comes from.

- The most shocking kiss of all time comes from the Venus Electrificata, an early electrical machine which suspended a woman to make sure she was not earthed and then she was kissed by two men who were earthed. Thus you get a tingling feeling when you kissed.

- XL Tangent: Sandi's only on-screen was with Mike McShane. Sandi wanted the kiss to look realistic. When Mike kissed her he passed an anchovy with his tongue. Stephen did a film in which he kissed Jude Law and Ioan Gruffudd, which he said was awful. Both Law and Gruffudd were in the nude.

- XL Tangent: There was a shocking kiss on "Star Trek", in which Captain Kirk kissed Lieutenant Uhura, which was an interracial kiss. At the time it was thought this would not go down well in the southern states, so it was shot with one of the actors with their back to camera, so you knew they were kissing but you could not really see it.

- Tangent: When Sandi was a kid in the USA they would have electric shock parties where you got cheap nylon carpet, turned the lights off, generate static electricity off the carpet and then kiss. When Stephen was at prep school there was an electric fence, where pupils would hold the electric wire and then hold each other so the whole current would go through them.

- Tangent: Stephen Gray and his amazing "orphan boy" was an act in which the boy was hung from wires, had a current run through him and objects would be attracted to him. This act became so popular that kits were sold.

- Tangent: Johann Ritter, who discovered ultraviolet light, once attached a "voltaic pile", a type of battery, to his groin. He described the method thus: "His organ began in a state of medium swelling. He wrapped it in a piece of cloth moistened with lukewarm milk. Then delicately you touch the wire from the positive pole to the cloth and the other hand, you close the circuit. A shock jolted him, followed by a pleasant tingling. The swelling continued. Warmth spread from his groin and then finally, consummation."

- Tangent: Sandi once shared a dressing room with a very short actor. She came into the dressing room one evening when he not expecting to see Sandi. The actor was naked and he was trying to get his genitalia into a basin. What had happened was that Sandi had got some muscle heat-rub, and the actor had placed on his genitalia and was trying to wash it off because it hurt so much.

- Tangent: In 2005 a boy was taken to hospital who had two neodymium magnets, the strongest permanent magnets known, trapping the "fold" of his penis. The boy had claimed his trousers had fallen down and while he was playing with the magnets they got stuck together. Magnets can be demagnetised by heating them up or hammering them apart, but the method finally used was by: "shearing the magnets away from each other, moving them perpendicular to the force of attraction."

- The panel are shown film of what might look like two fish kissing but they are actually fighting. These are gourami and while they do not normally die there is the possibility of dying from exhaustion. Other fighting fish include Siamese fighting fish which are often used in sport akin to cock fighting. They have a lung-like organ which allows them to breathe air. If we had enough supersaturated water with oxygen humans could breathe underwater.

- The thing that is so attractive about ordinary people is koinophilia. If you take two unattractive people and merge their image the result looks more attractive. Francis Galton thought he could find the ideal criminal face by taking lots of photographs and merging them, and was shocked to find the results revealed more pleasant-looking faces.

- XL Tangent: Recent research from the Australian National University claims that good-looking men earn 22% more than men who look less good. Another study shows that female golfers are better players when they are looking better. The theory is that they were more likely to have sponsorship offers and therefore played much harder knowing how much more money they would make.

- Stephen produces a long narrow horn and asks what you keep in it. You actually keep your penis in it. It is a Papua New Guinea gourd called a "koteka", used as tribal clothing and was often the only thing they wear. They can be thick or thin and are won by the Lani, the Mee, the Amungme, the Kamoro, the Yali, the Damal and the Moni tribes. The government tried to make them illegal and sent them clothing, but because many of these people had been nude for so long they all got rashes from the clothes, so instead they sometimes wear shorts on the heads.

- Tangent: Janet once went to Papua New Guinea, visited a remote island, was painted with war paint and was presented with a pig and a pile of yams. They then performed gourd dances around her.

- XL: It is so difficult to research the sexual habits of penguins because it is so graphic that when it was first observed people did not want to describe it because they were prudish. When it was observed in Scott's ill-fated trip to the South Pole the scientist George Murray Levick wrote all of his notes in Ancient Greek, knowing that only a gentlemen would be able to translate it. Levick described the "shocking depravity" in Adelie penguins, which included "rampant homosexuality". The penguins also practiced necrophilia and paedophilia according to him, but it is now believed that the necrophilia was probably wrong and that the penguins could have just had sex with sleeping penguins. Also, they might not be able to tell the difference between a sleeping penguin and a dead one. It is also hard to sex a penguin. One way is to see muddy footprints on the female, which tells you that it has been walked over by a male.

- XL Tangent: The idea that during the Falklands War penguins would look at planes flying above them and drop backwards is an urban myth.

- Tangent: Winston Churchill planned the exact date of the bouncing bomb attacks so that we would be in Washington to announce the plan had worked. His scientific advisor Lord Cherwell reportedly ask him, "What if it doesn't work?" Churchill said: "Then no-one will ever hear anything about it."

- Tangent: The first thing that indicated that the Danes had been invaded by the Nazis was a leaflet drop.

- XL Tangent: The CIA came up with the idea of an eavesdropping cat, also known as the "Acoustic Kitty". They inserted a transmitted into it the aerial in the tail, sent it to Moscow. The idea was it would walk past spies and listen to the conversations. After spending millions the cat was released onto its first mission where it was hit by a taxi.

- Tangent: When Stephen was writing his script for The Dam Busters film he read a story of one pilot whom after dropping his bouncing bomb had crashed and was picked up by the Germans. When asked by his captors if he would like anything the pilot asked for a glass of water, to which the Germans replied that he could not because he had just destroyed the water supply.

- XL: 80% of the Kama Sutra is about things other than sex. Sex is only 20% of the book. The book also features information about how to be a good citizen, insight into relationships between men and women, tattooing tips, how to make a bed, how to play musical glasses filled with water, making lemonade, solving word puzzles, knowledge of mines and quarries, cockfighting and how to teach parrots and starlings to speak. Nine pages are devoted to the care of wives and 26 pages on how to seduce other men's wives. The author was a celibate Indian sage called Vatsyayana, who lived between the 1st and 6th centuries. The book sometimes has a moral tone that distances itself between what it tells you. The book says that all oral sex is wrong and then spends pages and pages telling you how to do it. (Forfeit: Sex)

- XL: The missionary position was discovered by anthropologist Bronislaw Malinowski who described an engaged couple holding hands and leaning against each other, which was known as, "misinari si bubunela" or "missionary fashion". It was introduced by white traders, planters or officials. The sexologist Alfred Kinsey however made a mistake when he wrote about it thinking it was created by missionaries. Kinsey also wrote that 96% of American men masturbated, and when he was asked what this meant he said that it showed that other 4% are liars. Kinsey had an irrational hated of potatoes, spoke with a Scottish accent when nervous despite being born and raised in New Jersey, and he trained himself to insert pencils into his penis, eventually moving to toothbrushes, bristles first. His wife said that, "I don't see much of Alfred since he got interested in sex." (Forfeit: A missionary)

- XL Tangent: Janet was once married to a man who was a film director with an irrational hated of tomatoes. When Janet did not want sex with she would leave a tomato sandwich by the bed.

- The foodstuff that would give you the same number of calories as the average sex session, according to bio-statistician David Allison of the University of Alabama, would be around one egg white or a very small meringue. The average sex session is just six minutes and uses up 20 calories. However, a 2008 survey by Durex claimed that the average Britain enjoys 22.5 minutes of foreplay, but another survey from Men's Health at around the same time claims that British men only last 18.64 minutes from foreplay to climax.

- XL Tangent: During the Second World War men used condoms to protect the ends of their rifles. This occurred in Norway and was so successful they decided make condoms for 18-inch guns and Durex made special condoms for this purpose. Churchill ordered that these were sent with the message: "For British service personnel use only. Size small." So if the Germans captured a box they would think the British soldiers would have huge penises with Churchill saying, "That will show them who's the master race."