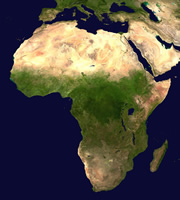 - In South Africa, the pastime of Bokdrol Spoeg involves spitting the dung of Kudu, a type of antelope.

- Alexander the Great was short, left-handed, epileptic, Albanian and bisexual. He introduced the banana, crucifixion, sugar, cotton and the ring-necked parakeet to Europe. He washed his hair in saffron, was embalmed in honey when he died, and was taught by Aristotle.

- Aristotle claimed that files have four legs and mucus was brain matter.

- "Auricle" is another name for the ear.

- Vincent Van Gogh, after cutting off half of his ear, presented to the prostitute who had spurned his love for her.

- Snakes do not have ears.

- The okapi can clean its own ear with its tongue.

- The "Ear-like growths" discovered by Galileo were the rings of Saturn.

- The first King of England was Athelstan, who reigned between 924-939. (Forfeit: Alfred the Great)

- Aristotle claimed hedgehogs made love face-to-face, with the female lying on her back. (Forfeit: Very carefully)

- The most dangerous animal in history is the mosquito, killing around half the people who have ever lived.

- The Lords of Shouting are angels who sing to God every morning, according to Judaism.

- Samson's hair was cut off by a servant of Delilah. (Forfeit: Delilah)

This episode is also known as "Africa".