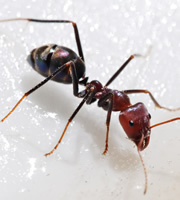 - Pigeons don't like going to the movies because they see the world ten times faster than humans. To them, a film is a slow slide show.

- It was once believed that a pigeon's arse could be used to suck out the poison from an adder's bite. Pigeons are the only bird that can suck.

- The ant has the largest brain in comparison to its body size of any animal. (Forfeit: Human)

- Soldier ants were used by the ancient Indians as stitches in operations.

- In Thailand, red ants are poured into open wounds, because they secrete an acid that acts as an antiseptic and a painkiller.

- A greasy butcher, hog snout, and Gene Pitney are all kinds of apple.

- Apples and a game played with headless goats both originated from Kazakhstan.

- Both Ulysses S. Grant and John Prescott have both been arrested for speeding and have won interesting prizes. Grant won a prize for taming a pony in a circus. As a boy, the Prescott family won second prize for being "The most typical family in Britain" in 1951. However, they should have won first prize because the winning family was found to have been distantly related to the organiser of the competition.

- The first man to claim that the Earth goes around the Sun was Aristarchus. (Forfeit: Copernicus)

- Apart from other humans, the animal that kills more human beings than any other is the hippopotamus.

- Tangent: A hippopotamus's breath is so bad that it is used as part of its weaponry. George Washington had hippopotamus false teeth.

- The telephone was invented by Antonio Meucci.