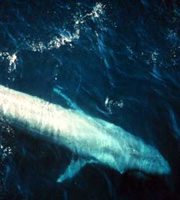 - Tangent: Lord Mackay of Clashfern and his apparent meanness with honey.

- Blue whales have small throats and can swallow nothing larger than a grapefruit. Their diet consists of eating 3 tonnes of krill every day.

- An octopus can be taught to unscrew the lids of jars and bottles. However, they forget after a day, so they have to learn it every day.

- Antarctica begins with "A", has six seas and no bees.

- AmIAnnoying.com ranks Clive Anderson as seventeen percent less annoying than Antarctica. Unlike Hans Christian Andersen, Gillian Anderson and Pamela Anderson, he is not a vegetarian.

- John Henry Anderson, the Great Wizard of the North, was the first magician to pull a rabbit out of a hat.

- Both Hans Christian Andersen and Joseph Stalin were the sons of a cobbler and a washerwoman.

- In Greek mythology, Atlas was punished by Zeus and was forced to carry the sky. (Forfeit: The World)

- Over 50% of the world's oxygen is provided by algae. (Forfeit: Trees)

- The driest place on Earth is the Dry Valleys Region of Antarctica. (Forfeit: Sahara Desert)

- The length of a day is not exactly 24 hours. The International Earth Rotation and Reference Systems Service is responsible for adding on occasional leap seconds.

- Idi Amin declared himself King of Scotland. He also declared himself "Lord of all the Beasts of the Earth and the Fishes of the Sea" and "Conqueror of the British Empire in Africa in General and in Uganda in particular".

For jellyfish correction, see The Second Book of General Ignorance.