Arlene Phillips, Ray Winstone and Catherine Tate join Jonathan Ross as he embarks on the final series of his chat show. 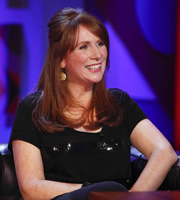 Arlene Phillips discusses her departure from Strictly Come Dancing: "It felt like it was happening to somebody else."

She says her age wasn't an issue: "They're entitled to change their mind. They wanted someone to identify with the celebrities." Arlene says she was uncomfortable as the focus of an ageism row: "I don't think of myself as my age, I live life to the full."

She still watched the show after leaving: "I'm passionate about the show, if I'd had my choice I would like to have stayed. Strictly is still my passion, it's a part of me." And predicted Chris Hollins would win: "I spotted him from day one, he's got an innate sense of rhythm." But Arlene Phillips says she won't dance socially because people judge her.

Ray Winstone, after visiting Afghanistan, voices his opinion and says troop deaths are avoidable. "The Government asks them to fight a war - why don't they give them the equipment to fight it with? These boys are out there protecting my kids. It's not a war like Iraq, there's a reason to be there. They have a belief in serving and protecting this country."

Also on this week's show, Catherine Tate reveals she's moving into movies and is currently writing her first feature film.

And there's music from Pixie Lott.

Pixie Lott performed Cry Me Out.