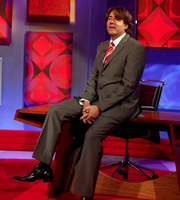 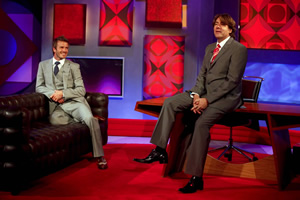 On this, his last show, Jonathan says: "I promised Morrissey I wasn't going to cry."

Then goes on to say: "I should start by saying thank you to all the guests we've had on over the 10 years we've been doing the show - at least 95 per cent of them were great!

"It's been a remarkable period of my TV career, being here at the BBC - I've worked with just about the best crew and I hope you all know how much it's meant to me to have you guys here because I've felt supported... you're just the best people [in the business].

"Everyone here at the BBC has always been terrific... I've been lucky to work over the 10 years with the most fabulous teams.

"The experience I've had here at the BBC has been a blessed one.

"I've never come in here feeling anything other than grateful, lucky and honoured... so thank you." 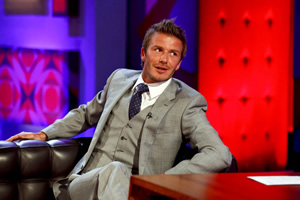 David Beckham talks about England's performance in the World Cup: "They [the team] knew they didn't perform. It's not about individuals. When the bad times come you stick together. Without doubt it's not the manager's fault."

And on Fabio Capello, he says: "We respect him, that's why you want to play for him. He's one of the most intelligent and gifted managers in football. He gave the team everything."

On Frank Lampard's disallowed goal: "I think it would have made a difference, we were on top at that point."

He also confesses that he lines up labelled bottles in the fridge: "I have to have everything lined up perfectly - we're [Victoria and David] perfect because I'm tidy and she'll mess it up... I don't mind the dirty knickers!"

He admits he loves housework: "I do the housework, I love to hoover" and is strict with the children: "They're well-behaved because our parents were strict with us, we want to bring our boys up the way we were... we've got a fun house... that's the way they should be, very grounded."

He also tells Jonathan that he is looking forward to playing again: "I started running 10 days ago. It's killing me, not playing football... I want to keep playing, I believe I've still got a lot to offer the country."

On his wife Victoria, he says: "She's down on my phone as Posh. She'll always be Posh!" Apparently, she still calls him Golden Balls.

He is very proud of her new career: "People don't realise how hard she works... so focused... she's getting the rewards and she deserves it."

And finally, on his trip to Afghanistan, he explains how he travelled in a troop carrier: "I don't need any special treatment."

"Everybody needs to realise what these guys are doing, we should be really proud... I want to raise awareness, raise money for the families who've lost their loved ones... A lot of them said they feel like they're forgotten. I said none of you will ever be forgotten - they're doing the most amazing job I've ever witnessed." 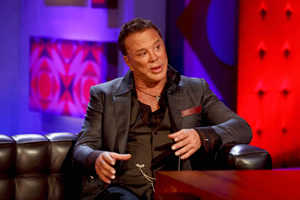 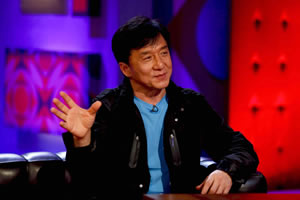 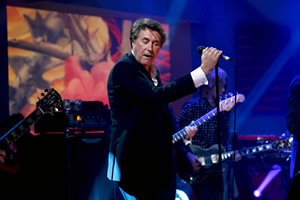