Make way for the Queen Mother who comes to visit in an autobiographical short inspired by and starring Dawn French. 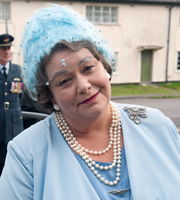 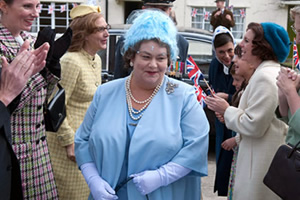 Dawn lives with her parents and brother on RAF Leconfield, where her father works as an engineer. When her family is selected as an ordinary, everyday clan, perfect for a visit from the Queen Mother, Dawn's lively imagination and memories of Snow White's vivid illustrations leave her cowering rather than curtseying - much to the embarrassment of her parents and the royalists on the RAF base.