Sixteen-year-old Alison and her pals are understandably excited about an upcoming lunchtime gig at The Cavern Club. 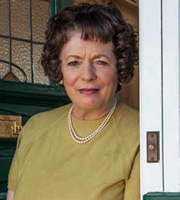 1960s. The Cavern Club is building buzz in Liverpool as an underground hotspot home to up-and-coming musicians. Sixteen-year-old Alison and her pals are understandably excited about an upcoming lunchtime gig, even though Mrs Steadman has made it quite clear she doesn't want her daughter stepping foot in there. But some rules are worth breaking and this is definitely one of them.

It's an afternoon to remember forever as Alison watches a certain Fab Four take to the stage for a phenomenon-making performance, even managing to bag a couple of autographs.