Not everyone has a soft spot for Santa in an autobiographical short written by and starring Chris O'Dowd. 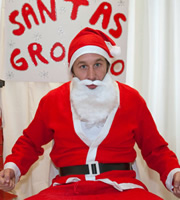 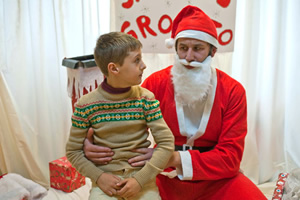 1986. Santa Claus, whatever name he's known by, he's loved by children worldwide but not seven-year old Chris O'Dowd. He doesn't love Santa, he hates him. What's to love about a man who sneaks down your chimney?

Young Chris certainly shows the local supermarket's Santa exactly what he thinks of him...

1988. Now nine, Chris O'Dowd has had enough. How hard can it be to get a Subbuteo set? It's time to show Santa Claus who's boss. And so, young Chris embarks on a cunning plan to catch his life-long nemesis.