The Clash gives a certain fan life-changing advice in an autobiographical short written by and starring Kathy Burke. 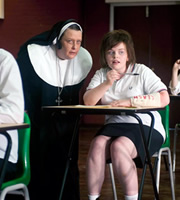 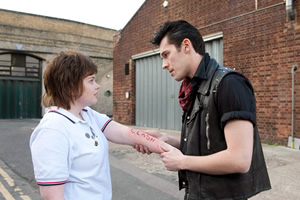 1980. Kathy Burke turns 16 in two days and is about to leave school after sitting one final exam. Kath's passion is music and she dreams of being a writer for the NME where she'll interview the likes of Paul Weller and Johnny Rotten.

As Kath and her friend Mary celebrate their freedom, they're stopped in their tracks by an almost unbelievable vision. There, in front of them, are The Clash. While an awestruck Kathy clutches her now-autographed NME, her hero, Joe Strummer, offers her some life-changing advice...