Uncle Satnam steps out from Santa's shadow in an autobiographical short written by and starring Meera Syal. Filmed in 3D. 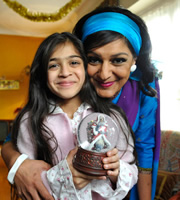 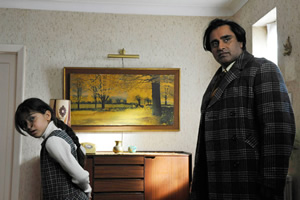 1970. Seven-year-old Meera Syal wants to celebrate Christmas but Meera's parents don't do Christmas as there are enough Hindu festivals as it is.

Seeing his daughter's anguish, Meera's dad takes her to see a poor excuse for a Santa Claus at his work's Christmas party. Unimpressed, Meera begins to lose her Christmas spirit... until she arrives home and meets Uncle Satnam.

With a big white beard and a taste for sherry and mince pies Uncle Satnam brings festive cheer to the Syal household. But is he really who he says he is?

Produced by Renegade Pictures and Can Communicate.