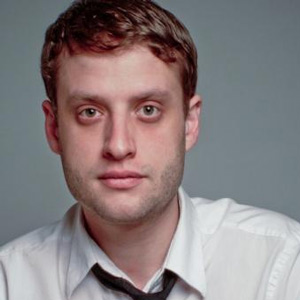 DNN, which childrens' channel CBBC hopes will do for topical satire what smash-hit, multi award winning Horrible Histories did for the sketch show, is a weekly series taking "a sideways, upside-down and back-to-front look at what's happening each week in the world of news, sports and entertainment".

CBBC say: "Filmed in studio and on location during the week of transmission, DNN will run for 13 weeks and include a cast of dysfunctional news anchors and correspondents. Each week they will put their own unique spin on the news agenda through irreverent sketches, hilarious archive clips and plenty of silly physical comedy."

They will be joined by Marvyn Dickinson as breaking news reporter Phil Tyme, Mawaan Rizwan out on the streets canvassing public opinion, and Susan Harrison as a succession of fictitious bloggers offering their own opinions on the news stories of the week.

Meanwhile, DNN's writing team will be overseen by script editor David Quantick, whose credits range from Stand Up For The Week to Harry Hill's TV Burp and The Thick Of It.

Controller of CBBC, Cheryl Taylor, says: "DNN is the first in the line-up of several brand new CBBC comedies. It has a sparky and box-fresh cast bursting with brilliant and barmy news items that will have our audience in stitches. Tune in for the news as you've never seen it before!"

DNN is expected to begin on CBBC in the third week of May.