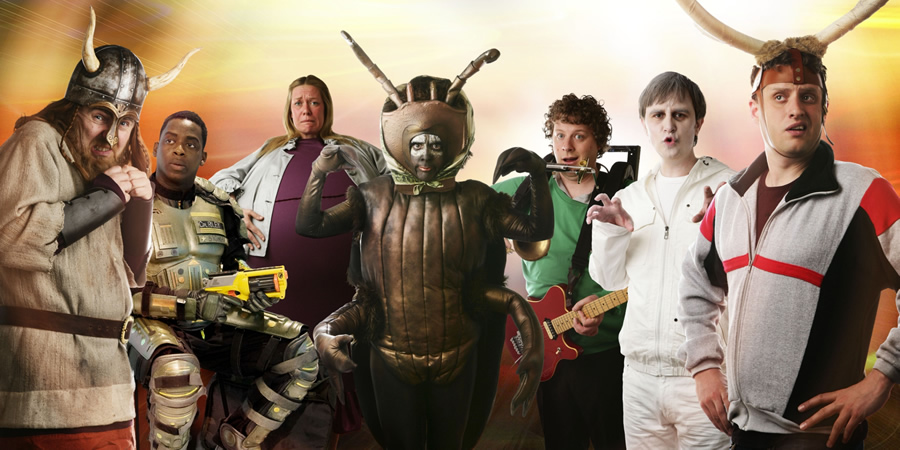 Sorry, I've Got No Head

Sorry, I've Got No Head is a fast-paced and irreverent "grown-up" sketch show for children, in which all the roles are played by adults.

Favourites include Jasmine and Prudith, who think everything will cost "a thousand pounds"; the Fearless Vikings, who are scared of everything; and Ross from the Outer Hebrides, who has the dubious distinction of being the only pupil in a school with just one teacher.

New characters for Series 2 included Embarrassed Louise, who struggles to deal with an unusual problem; an angry Snowman, who battles for equality in everyday life; and a sitcom featuring a family of dung beetles.

New characters in Series 3 included Colin and Malcolm, the airline trolley dollies who can't stop eating and Tony, who lives down the back of a sofa.