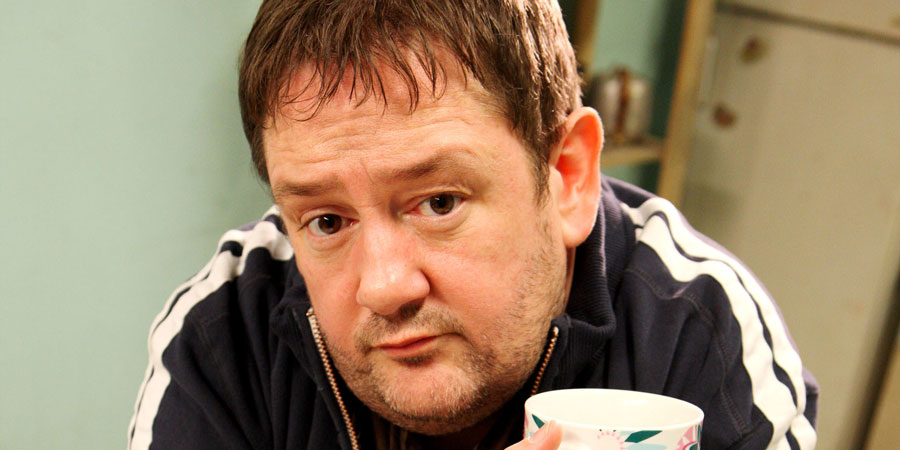 Moz is a small-time hash dealer who lives in a run-down flat. He is a low achiever, and quite happy with it, but his girlfriend Nicki has aspirations for a better life...

The series takes place almost entirely in Moz's flat with his chosen 'profession' serving as the backdrop for a very colourful array of customers and misfits who pass through his life on a daily basis.

After fleeing the UK in order to avoid a possible prison sentence at the end of Series 5, the story goes that Moz and Jenny travelled to several different countries - although Jenny doesn't seem to remember which ones. When they turn up on the doorstep at the start of Series 6, it isn't quite the homecoming they'd hoped for.

For a start, PC, the police constable had taken up residence in Moz's old flat with Moz's ex-girlfriend Nicki. Not only that, but with PC bringing home all the weed he's confiscated, Nicki is now dealing to Moz's original circle of clients and has seriously boosted profits. This series also welcomed a new tenant to the block. Tilly (Janeane Garofalo) is a beautiful, witty, artistic American girl, who runs her own small designer clothes shop: Trash Wednesday.

The seventh series sees Moz's finances hit rock bottom, forcing him to return to his first career; hash dealing. Unfortunately, Nicki is still running her own dealing business from the flat next door. So it isn't long before a price war kicks off, with each desperately trying to undercut the other.

Meanwhile a new gang has hit the streets of Salford which not only threatens Moz and Nicki's dealing businesses, but also their very lives! This deadly gang of killer gingers are known as the Red Mist and are led by the Red King (Rula Lenska).

Production company
Soundtrack
The title track is Song Of The Oss by by Candidate. The track is available on the Ideal soundtrack CD (see our merchandise section)
Laugh track
None