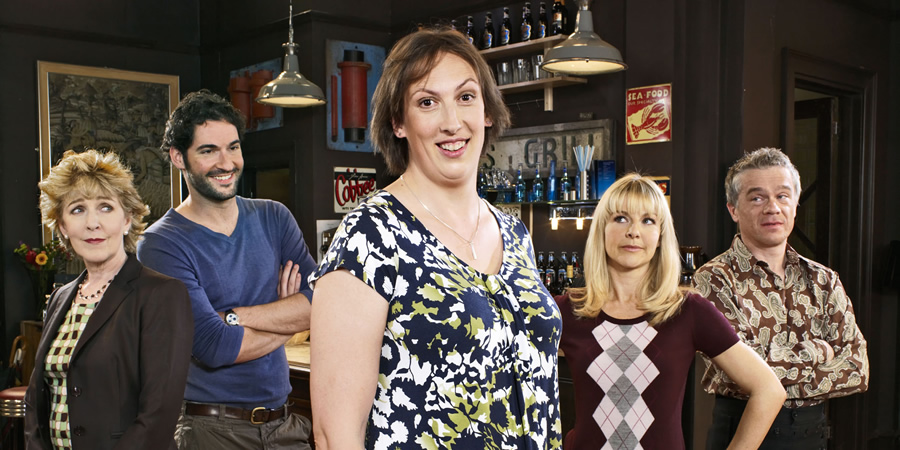 Hit sitcom starring Miranda Hart as a woman desperate to fit into society and find a man. She runs a joke shop with childhood friend Stevie

Miranda is desperate to fit in, but can't. Her public school background and posh accent make her a misfit down the pub. She has never fitted in with 'the girls' (not least because she's a foot taller than them) and due to years of agoraphobic tendencies she doesn't know how to behave socially or how to avoid embarrassment, especially around men.

She's a constant disappointment to her mother Penny, who's desperate for her to get a proper job, or even better, a husband, but Miranda's happiest playing with and making up silly games in her joke shop.

Lacking any real capacity for business, Miranda employs her childhood friend Stevie to manage the shop. Stevie tries to run the business like she's competing to be Alan Sugar's apprentice, but her principal task is keeping Miranda's childish absurdities under control.

It doesn't matter what Miranda attempts in life - be it dating, joining the gym, or dealing with her overbearing mother, she always seems to fall flat - literally. She can never seem to leave a room without knocking something over.

Series 3: Picking up where the last series left off, Miranda and Gary have agreed to be 'just good friends' and so future episodes find Miranda determined to get herself a new man to obsess over and keep her mother, Penny off her back.

Final Specials: The sitcom bows out with two episodes. We find Miranda where we left her, with two proposals: one from Gary and one from Mike. Who will she choose? And if she does choose, could she cope with the pressures of being a wife?

Can Miranda finally learn to accept herself and find contentment and if so, will it be alone or with somebody?

The Big Night In: Top tips to survive lockdown