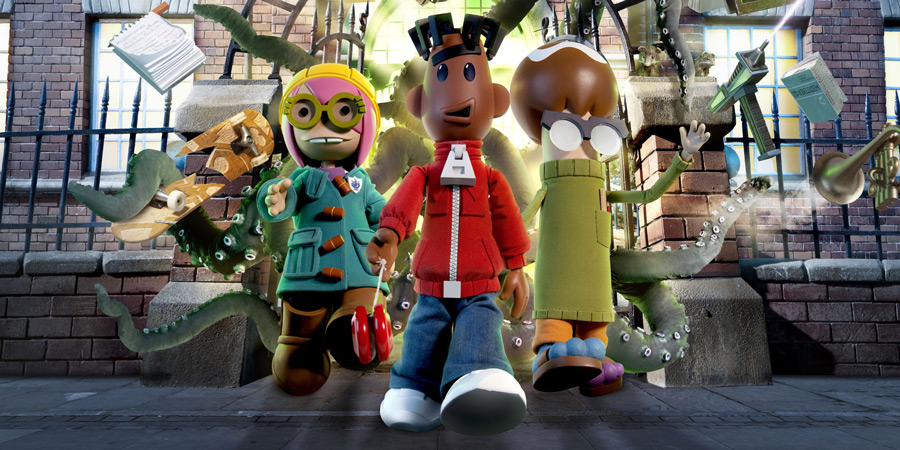 Animated kids' comedy-mystery series set in a school where the secretive, strange and mysterious is the norm

Mitchell Tanner is the new kid at school. His mum is a single parent and he is really hoping for an ordinary life and to not get in any trouble after a couple of false starts... the only problem is, Strange Hill High is far from normal, and 'ordinary' is definitely not on the cards!

Teaming up with over-confident under-achiever Becky Butters and class nerd Templeton, the three intrepid 13-year olds set out to investigate the strange, mysterious, and often other-worldly occurrences at their school.

With a plethora of secrets and mysteries, the show follows the trio as they explore the bizarre high school, investigating the peculiar occurrences that seem to only happen at Strange Hill High - and always with absurd and outrageous results!

Series 2 follows bezzies Mitchell, Templeton and Becky, as they return to face a new wave of strange, mysterious and absurd occurrences at Strange Hill High.

The fearless Year 7s uncover increasingly outrageous phenomena, from the league of medieval superheroes to the dormant beast of Embarrassment hiding in a basement lair. In the creepy corridors of Strange Hill High they meet the new games teacher, a human/plant hybrid, and the elusive but rabid Deputy Head, a living were-teacher.

Their bizarre and heroic adventures see them take on the world's biggest exchange student, battle an invasion of space Templetons, and there's a surprise revelation of the identity of Santa Claus!