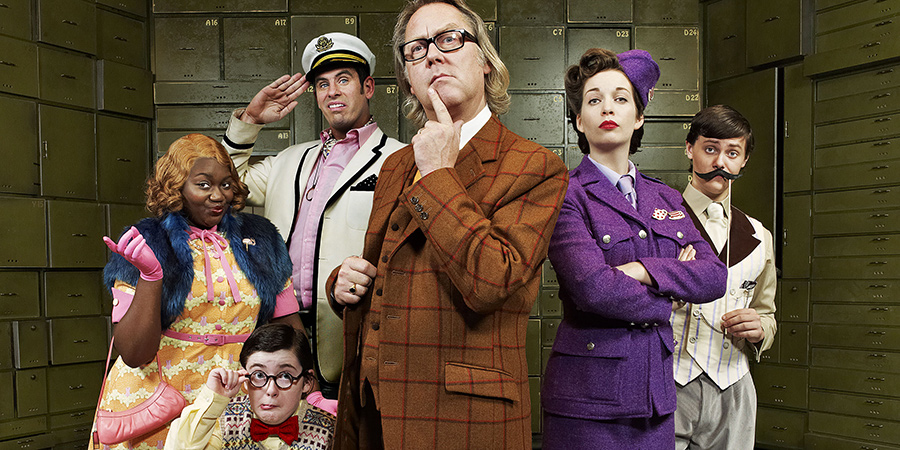 The Ministry Of Curious Stuff

Mysteries will be solved and questions answered when viewers enter Vic Reeves' The Ministry Of Curious Stuff - a CBBC factual comedy sketch show.

Written by and Steve Burge and George Sawyer, the programme is set in The Ministry of Curious Stuff - a fantastical depository of information, and occasional misinformation, run by Vic and his inquisitive and extraordinary team of researchers.

Each episode sees the team answering three questions posed by CBBC viewers, launching a fact-finding mission full of sketches, songs, animations and Vic's unique flights of fancy. Will dinosaurs ever come back? Can you dance in space? Can you marry a house? Only Vic and his team have the answers...

Vic is joined by his able team of researchers - Captain Lengthwidth, Mr Frazernagle, Mr Lovett, Miss Tea Party and Miss Wannamaker - to answer viewers' questions and to prove that sometimes the voyage of discovery is just as fascinating as the final answer.

Jamie Rea, Executive Producer for CBBC, says: "Vic is one of Britain's most admired and influential comedians, renowned for his surreal sense of humour and comic imagination, and we've been really fortunate that he has been so involved in the writing and development of the series.

"It's a really big production, with a lavish set, and lots of comedy sketches, songs and animations of the kind usually associated with comedy for adults. It's another show that proves that CBBC doesn't patronize its audience - and the result is a programme that will hopefully help you discover some amazing facts whilst making you laugh out loud, whatever your age."