CBBC comedy set in a spoof news studio. The show takes in the past seven days, looking at news and popular culture

DNN is a weekly comedy show for CBBC taking in the past seven days of news and popular culture.

Set in a news studio, the cast of larger-than-life news anchors and correspondents put their own unique spin on topical stories through irreverent sketches, archive clips as well as plenty of silly physical comedy.

The show covers stories dominating the agenda in news, politics, weather, education, current affairs, sport, TV and film as well as the most popular viral videos. 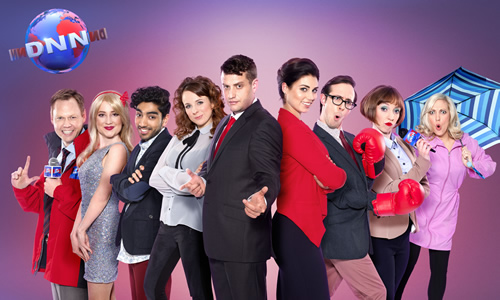 Tagline
DNN: It's the news, but it's Definitely Not Newsround!
Production company
Laugh track
None