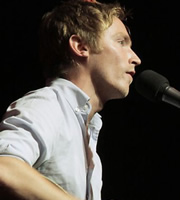 Photo gallery of the acts

Recorded at BBC Potterrow in Edinburgh on 21st August 2013. The judges were Alison Vernon-Smith, Steve Bennett and Tony Law.

Extracts from the performers in the second heat of 2013.