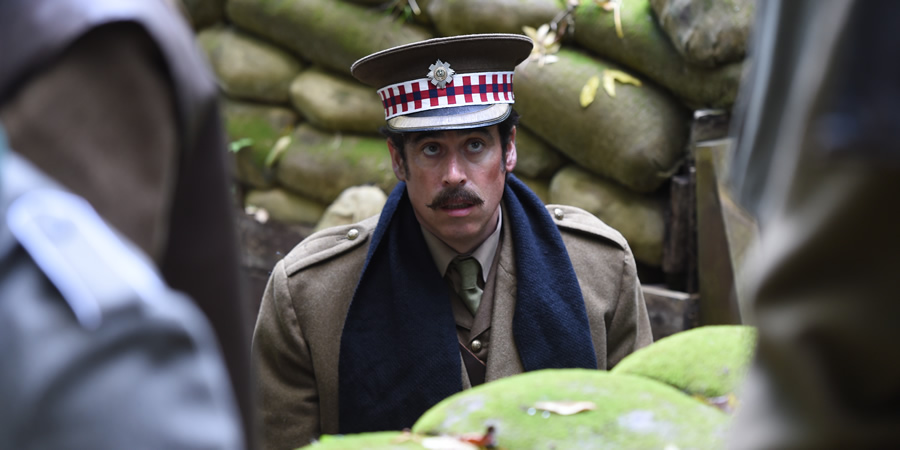 In this Christmas special, Rick Edwards tells the tale of the famous Christmas Truce of World War One in 1914 whilst enjoying a festive tipple or seven. Slurred word for slurred word, Rick tells how soldiers disobeyed orders to momentarily stop fighting and cross the treacherous trenches to exchange seasonal greetings and festive bonhomie.

Episodes star Stephen Mangan acts out the rather blurry version of history as Sir Edward Hulse alongside social-media star Arron Crascall as an English Tommy.

Also in the episode, the story Russell Kane first told in the 2014 launch episode. He slurs his way through the story of the nativity, starring Sally Phillips and Johnny Vegas.

The episode culminates with a stocking full of merry highlights from the first two series.

Stephen Mangan on why he loves Drunk History

Stephen Mangan says he'd like to be invited to get drunk.

Rick Edwards settles down to tell the tale of the Christmas truce of World War I.

Rick Edwards explains about the Christmas truce in World War I.

Stephen Mangan stars as a British officer in Rick Edward's tale about the Christmas truce.

Arron Crascall as a soldier