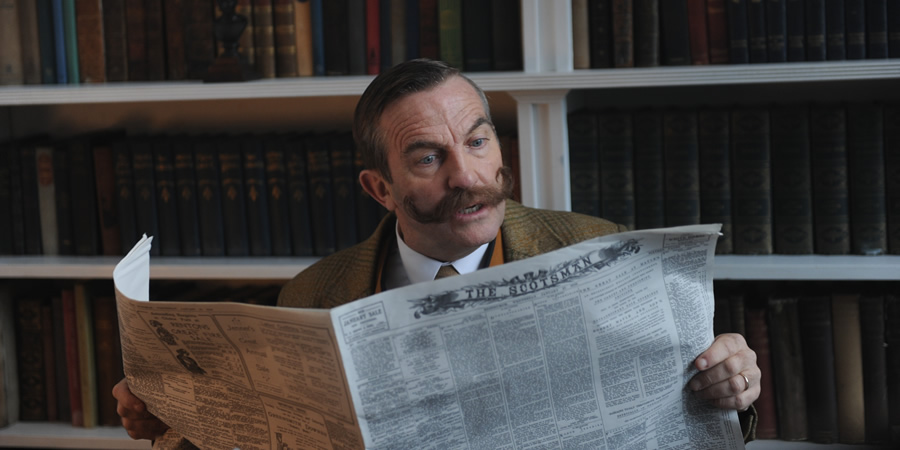 Tell us about the story you are re-enacting...

I'm Lady Wellington, wife of the Duke of Wellington and the story is predominately about his obsession with Napoléon going to war with France.

Did you enjoy getting into character?

I was so nervous, I actually had a mini panic attack when I got there. Up until two days beforehand I was under the impression I was the one getting pissed! When I got there, there were all these trailers and it was all very professional, so when I was sitting in hair and makeup and I had my lines I was so so nervous. Most people that do this are actors or had some sort of training, so I really just felt very out my depth and very nervous.

Have you seen any clips of the comedian who told this story?

I didn't see any but they did play them back for you to do it, so I did have a listen and it was very funny. It is amazing. I absolutely love whole concept, hence why I was so keen to do it. I watched Rob Beckett from last year, and thought his was great, so I can't wait to see how it is all put together.

Yeah man. It's like my job. That is my profession; well it was until I left Geordie Shore. I'm a pretty good drinker, I can drink most adult men under the table.

How much have you drunk in one night?

Since getting into my health and fitness and leaving Geordie Shore I have become slightly more of a lightweight than I used to be. But back in the chubster days I used to be able to knock back 10 vodka soda limes or vodka red bulls, so 10 good drinks and then about 5 jaeger bombs.

Anything I can get my hands on, I'm not fussy when I've had a drink. Normally I like cheesy chips with garlic sauce... that's the dream, the ideal. If I can't get that, then a kebab with garlic sauce. Anything that is going to make your mouth taste like arse in the morning.

What is the funniest thing that has happened to you when you have been drunk?
I'm pretty sure everyone's witness the most ridiculous things that have happened to me. I once got really drunk in Paris with all the Geordie Shore girls, and proceeded to draw eyeliner moustaches on our face - very much like Inspector Clouseau - and then have fights with French sticks. We were trying to be cosmopolitan but we failed massively.

If you could be one historical figure who would you be?

Winston Churchill - bit of a weapon wasn't he. He led Britain to win WW2 - can't knock that can you?... oh, and I like his bald head.

Who would you most like to have a pint with from history?

Shakespeare sounds like he would be a bit of a laugh, he loved his drink. You never know he might have immortalised us in one of his plays!

If you could go back in time to any moment in history when would it be?

That moment in time when Mary Antoinette said "Let them eat cake" - I feel as though, as bad as it was for the people of France, her and her mates were having a fucking ball.

Anything savory... or sweet chili crisps.

The Rat Pack. Just watching and being with those guys on a regular basis at the height of cool... magic!

The great Egyptian architect Imhotep, who designed the first Pyramids to which all following similar constructions were built. Just simply to know how they did it!

The eureka moment of perfecting the first 'real ale' just to have the brewer say "here Brad, what do you reckon?"

Tom Parry gets distracted telling the story of Arthur Conan Doyle and talks to the camera crew.

Elis James and John Robins begin to tell their tale. Elis is clearly rather drunk!

Elis James and John Robins explain how the Duke Of Wellington and his girlfriend had an argument at a ball.

The Duke of Wellington and his girlfriend conclude their discussion about whether he can leave the party.