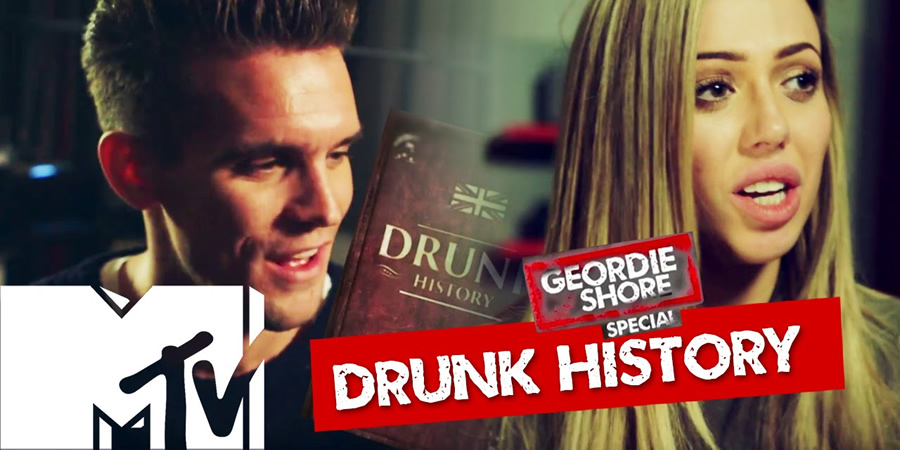 Geordie Shore personalities Gary and Holly recite the history of some of history's greats: Ian Fleming and Anne Boleyn. You heard it right, the Geordie duo will be giving you a rundown of all you need to know about an executed Queen and one of the world's best known authors.

When asked if she would be able to handle her drink for Drunk History, Holly said: "Maybe, as long as I am not around anyone who pisses me off!"

Gary hopes to not embarrass himself on Drunk History like he has on Geordie Shore, saying: "One time I was in Prague and got absolutely smashed in a vodka bar, and was sick everywhere and ended up in bed with Charlotte, telling her I loved her. Now THAT was embarrassing to watch back."

This episode was produced by Comedy Central.

Gaz from Geordie Shore tells the story of Ian Fleming.