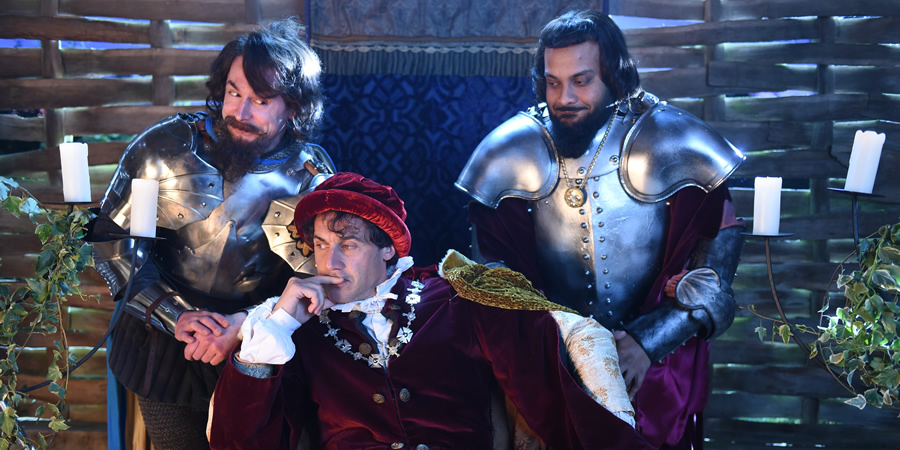 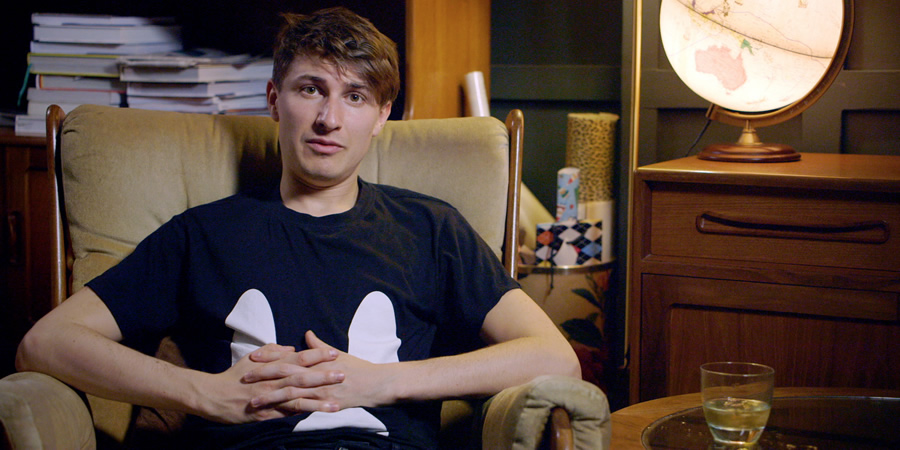 Henry V and the Battle of Agincourt.

How much did you drink in total, do you think?

Fine. You get to bed nice and early after Drunk History. They put you in a car and drop you off at your girlfriend's and she takes your t-shirt off and puts it in the wash because you've been sick on it and she's fine with all that. Next morning's there's no tension in your relationship, it's fine.

Don't know, but whoever came up with the hangover scale sounds like a cool guy.

Have you seen your episode yet?

I haven't seen it yet, but in the second series they broadcast the sound of me throwing up, so it can't get much worse. In terms of my performance I expect to continue on from previous series, where I flail around like a monkey and speak in a bizarre drunken cockney teenage girl patois.

About a year ago, because I could win loads of money gambling (cheeky tipple on Leicester) and I'd still have my family, social circle and forgiving girlfriend. I know things aren't politically ideally right now but at least they're not decapitation bad, which they were, for like all of history. If I went back to the Aztecs I'm fairly confident I'd be a skull in a skull-pile in no time.

I'd get Aristotle, Socrates, Plato, Copernicus, Da Vinci, Galileo and Einstein together then get my iPhone out and watch them marvel at Fruit Ninja.

I am in a play called The Philanthropist at the Trafalgar Studios with Charlotte Richie, Matt Berry, Simon Bird and Lily Cole and I've just made a web series for Comedy Central with James Acaster, Celeste Dring, David Trent, Javone Prince and Thomas Gray. I would love it if you watched either of those things (the web series is considerably cheaper than the play). 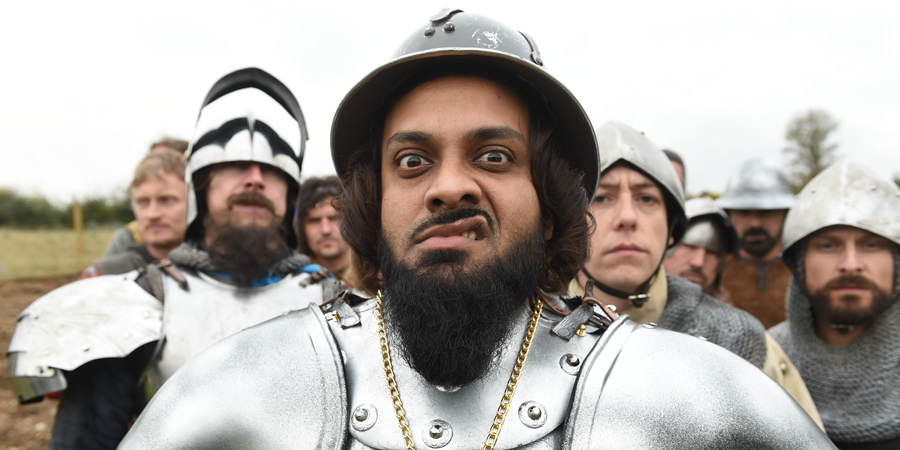 How much did you know before taking on this role?

Not much, but I was willing to do the research until I saw his noggin, and that fully put me off any further learning.

What was it like having to mime along to the storyteller's words? Did that take much practice to get right?

No, that was fine actually. They have a massive speaker on set so you get to go through it a few times before actually performing it. Also it's all hella funny and natural so that makes the process easier.

I am a huge reader of material that relates to a 'truer' representation of history, as opposed to the stuff we get taught in the traditional English curriculum and schooling systems. If I can be real, at a time when London had one hospital to service a huge growing population, there were over 300 in Baghdad, nobody taught me about that! They called that shit the 'dark ages' at school, my uncles were killing it then.

I'd have to say at a time when Malcolm X was in his heyday. He is a historical figure like none other. My hero mate.

Meanwhile, if you could have a night down the pub with any historical figure, who would you invite?

You mean a pub that only served J20s and Halal turkey bacon? Most definitely it would be Muhammed Ali, I can't think of a more all round entertaining person to be in the presence of.

Thankfully loads, I'm going into production on Borderline Series 2 (Channel 5), reprising my role as Mo. I am also releasing a BBC Three Top 5 due out soon. Continuing to smash stand-up comedy all over the joint. Most importantly though, I'm potty training my son, this kid keeps shitting all over the house so I need to get this locked off as a priority.

Tom Rosenthal tells the story of how Henry V prepared to go into battle.