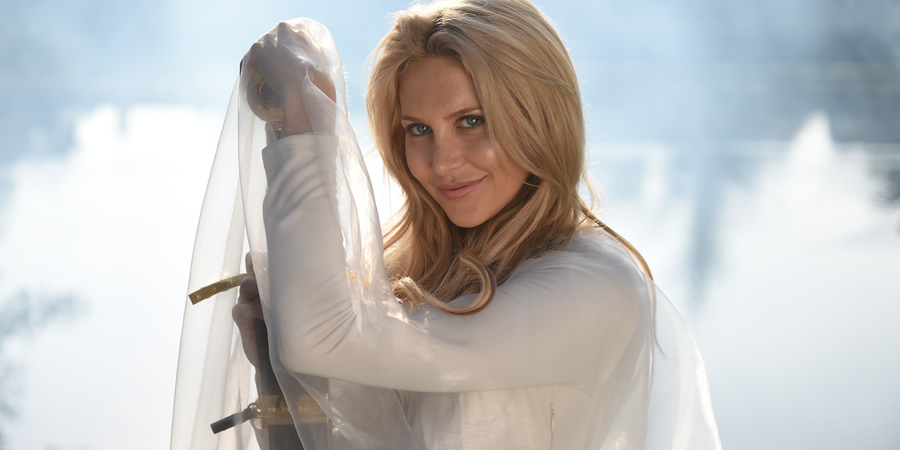 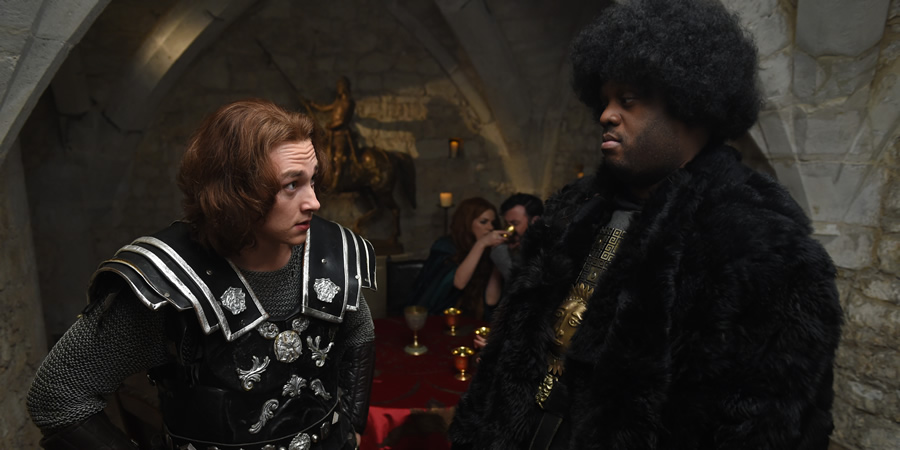 Javone Prince talks to us about his role in this episode:

I play is Mordred, from the legend of King Arthur.

I knew a little bit about the story of King Arthur, because it was always on TV when I was young. I must confess that I never read a book.

So I had an idea of story before I took on the role. I was excited to do it because I enjoyed it as a child. And everybody likes to play with swords!!!!

At first it was a bit difficult. But enjoyable at the same time, because you have to mime the words of a drunk celebrity trying their best to retell a historical story with slurred words and bit of embellishment, and their interpretation of the characters.

I wouldn't like to get drunk on television and tell a historical story. I'm not a very good drunk. I always have very bad hangovers the next day and also I can't remember what I did.

I never really paid a lot of attention at school because I thought it was boring, but my favourite subject was History. I loved it because I would imagine that I was there.

I would go back to the beginning of the Second World War, because it seems like there was lots going on in the world at the time. The events that lead to the build-up of the war. I also would be very very scared.

Meanwhile, if you could have a night down the pub with historical figures, who would you invite?

If I had one night in a pub and I had to invite people from history it would have to be Michael Jackson. I'll get him to teach me all his dancing moves. Plus, Malcolm X, Prince, Gene Wilder, and Charlie Chaplin, because he is a genius.

Arthur and Merlin talk about Guinevere

Russell Kane 'explains' how Arthur and Merlin talked about Guinevere.

The Lady of the Lake

Stephanie Pratt plays The Lady of the Lake in Russell Kane's tale about King Arthur.

Iain Stirling tells the tale of Chariots of Fire, with Tom Rosenthal as sprinter Eric Liddell.

Iain Stirling continues to tell the tale of Chariots of Fire, with Tom Rosenthal as sprinter Eric Liddell.