Rob Brydon guest stars as Jinsy singing sensation Rex Camalbeeter, who likes dressing up as a female badger and singing about it.
Preview clips 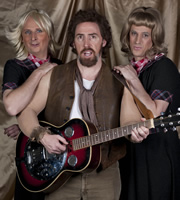 Party pooper Maven is dreading the arrival of forbidden festival Nacken, so much so that he's being extra vigilant about everyone taking their nightly bye pills.

The residents, Sporall included, have other ideas and, as soon as Maven's head hits his pillow, they sneak off to the Moosic Tavern for a night of fun, frolics and top-notch entertainment from the likes of Master Croog and Joolian, and Rex Camalbeeter, who wows the crowds with the enlightening Female Badger. All is going swimmingly, until a certain someone is woken up. 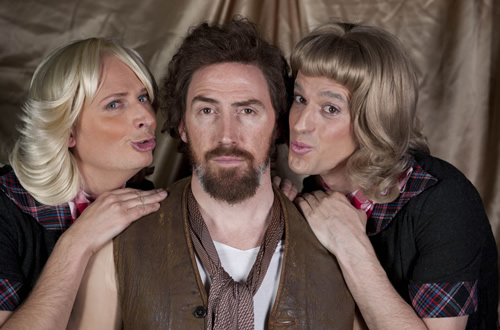 Rex Camalbeeter sings about a badger

Rob Brydon guest stars as Jinsy singing sensation Rex Camalbeeter. He likes dressing up as a female badger and singing about it.

Come and dance on his hairy rug.

Another song from the island.

Jeth and Juth sing a song about cups... and beakers.