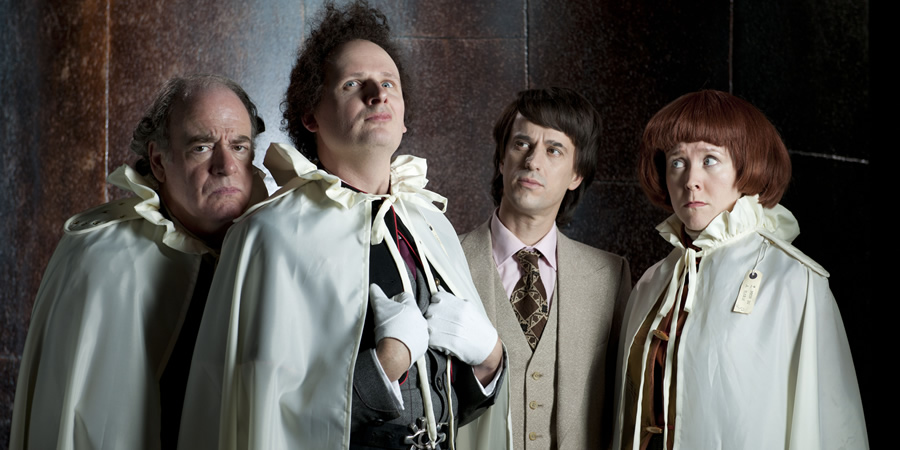 Surreal comedy set on a fictional island inhabited by a range of oddball characters. Created by Chris Bran and Justin Chubb

This Is Jinsy started life as a pilot on BBC Three, but has now been turned into a full show by Sky.

Life on the island is rather Orwellian: each colourful member of the community is monitored by a surveillance system of tessellators, from local folk dribbler Melody Lane to weather monk Tracee Henge.

The tessellators include video cameras for surveillance, but also little screens to allow the residents to watch important island events, such as the tri-annual island cow wash (live from Glotters field). Additionally, they include a handy slot for paying fines, and a sphincter nozzle for product and pill downloads.

Notably, each episode of This Is Jinsy features a notable guest star actor. Some of the biggest names in comedy - from Stephen Fry to Olivia Colman - have appeared in the show.