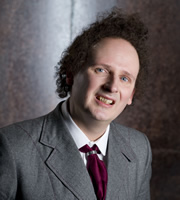 Arbiter Maven is charged with overseeing Jinsy, in strict adherence to the laws of the island's unseen leader, The Great He. Maven relishes the pomp, status and trappings of his office, including the rather fetching uniform, occasional travelling cape and thoroughly-cleansed gloves. 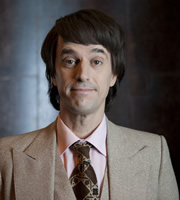 In his distinctively nondescript beige suit and comfy shoes, Sporral is Maven's long-suffering assistant in The Tower, operating the console of monitors which watch over Jinsy's 791 inhabitants. 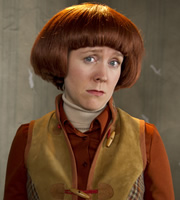 It's remarkable that any of Jinsy's 1067 tessellations actually work given that they are maintained by Soosan, a short-sighted handywoman who, inexplicably, only has eyes for Maven. 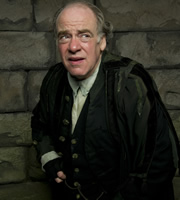 Trice is a 'by-the-scroll' lawyer who plies his trade under a dripping stalactite in the law caves. He is an expert on Jinsy law. He's also permanently damp. 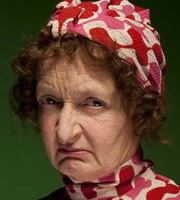 Local gossip and guardian of The Tower, Mrs Goadion could never be accused of just blending into the background... oh no, wait, she could - her dress matches the wallpaper. 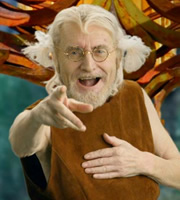 From warnings of severe droop in Nool parish to reports of wind at sock level, weather monk Tracee Henge keeps residents up-to-date on the island's climate with his Element Reports.