Katy Brand guest stars as Madame Astralina, a flamboyant psychic who obtains her readings from a pen of rats.
Preview clips 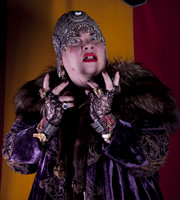 Maven and Sporall are in high spirits as they attend Jinsy's Firelock Festival, but the mood soon sours when they stop by to see Madame Astralina. The local astrologer specialises in rat bum-reading and she's got some dire news to share with poor Maven: he's going to be assassinated.

Rodent sphincter doesn't lie so alarm bells understandably ring, until, that is, Sporall stumbles upon a resident who looks almost exactly like Maven, who, if needs be, can take the bullet. Plus, over at the Moosik Pak, Melody Lane lets the emotion pour out, sharing more of her music with the haunting-sounding Five Special Potatoes. 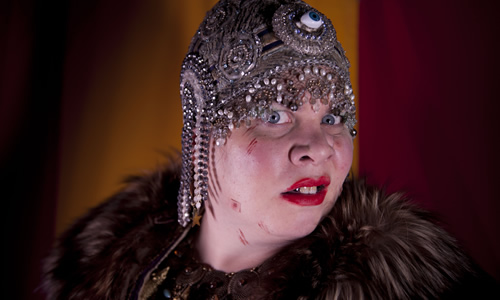 A song about Debra.

A song about potatoes.

Knickers In The Wind

Another song from The Island Singers.