Dame Eileen Atkins is Miss Penny, a school-mistress with a massive dome of pinned hair who teaches Extreme Etiquette for Girls.
Preview clip 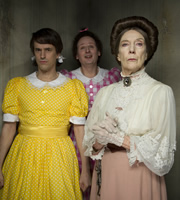 Decency levels may have plummeted from Mildly Vulgar to Severely Smutty across the island, but Maven is refusing to let his slip. He's a big fan of no-nonsense etiquette teacher Miss Penny and is desperate to secure one of her sought-after pendants. The only catch is you have to be a girl to receive such a prize.

Being a fit-a-square-peg-into-a-round-hole kind of guy, Maven skirts around the issue by writing in and pretending to be a girl (which isn't very decent), and even gets Sporall involved. Problems arise, however, when the pair are forced to meet Miss Penny in person and find out her plans for Jinsy. Someone really, really doesn't like Melody Lane's The Really, Really Song, either. 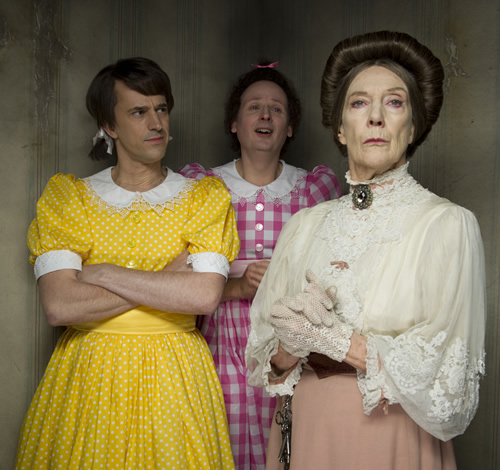 A song from the new series of This Is Jinsy.