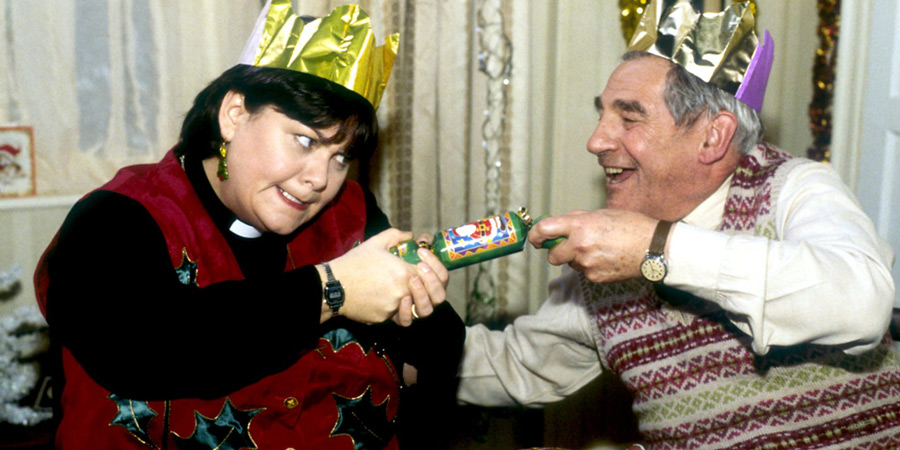 It's the Vicar's second Christmas in Dibley, and she has to make her sermon a good one "or you've lost them to Satan till next December". An arguably greater worry, however, is the three Christmas dinners Geraldine's agreed to eat. But she can pull it off - right?

Geraldine is working on her second Christmas sermon - unfortunately, it seems that Alice has forgotten last year's even took place because it wasn't nearly as exciting as the Only Fools And Horses special.

After experimenting with many different sermon openings, she's inspired by her gift from Alice of the biography of the Spice Girls, and speaks on two key issues: that both Mary, the mother of Jesus, and the Spice Girls (ahem!) were virgins thrust into the public light at a young age; and that Jesus wants us to tell Him "what we want, what we really, really want"!

Later on, Geraldine is inundated with several tempting offers of Christmas lunch, none of which she can happily dodge without grossly offending someone. Reluctantly, she decides she can force down a small serving at each, and so agrees to go to all three: with David and Hugo; Jim and Frank; and Alice, her mum and sister.

Geri politely eats her way through some very big Christmas dinners in order to be nice to her parishioners, before Owen surprises her with a fourth!

Having been carted home in the bucket of Owen's tractor, there's a surprise knock at the door - could our female vicar have at last been lucky in love?

After a slightly stilted discussion, Geraldine finds herself left alone on Christmas night. But soon Alice has appeared, roping in the other villagers to show appreciation for all of her work in the community.