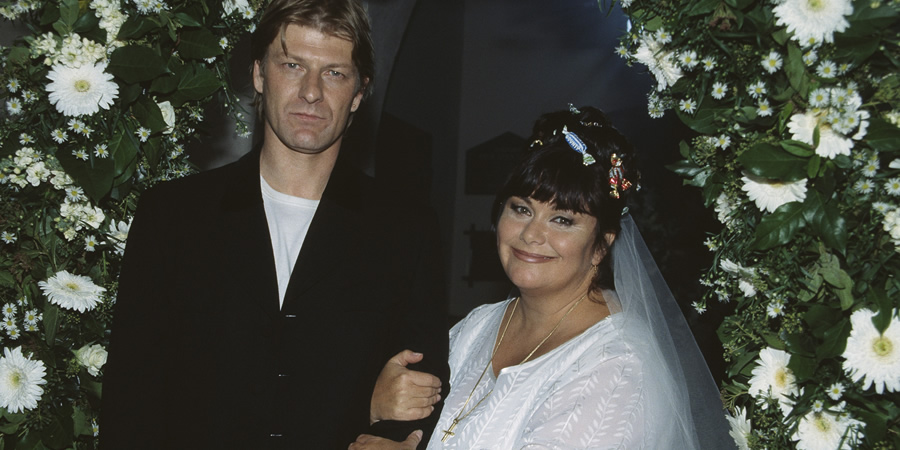 Spring's on the way, and the Vicar has just about managed to get Alice and Hugo to agree to a reasonably sensible name for their baby. That means that the Christening can finally take place - but first, David has romance, and Geraldine, squarely on his mind.

Inspired and spurred on by the birth of Alice and Hugo's daughter, baby Geraldine, Geraldine the Vicar presses ahead with her plans to open a crèche in the village.

Taking the opportunity of a few moments looking after her new God-daughter alone, Geri gets into a literal mess with her namesake: the young one manages to cover herself - and the Vicar's hands - in faeces, before falling onto the floor, and then spraying the Vicar with urine! Naturally, it would be just at that moment that an inspector from the District Council pops around to check on her suitability to care for children. It's lucky that Miss Carr is new to the job and used to be a librarian!

Meanwhile, with Geraldine due to take the role of Godmother, David invites his old friend the Bishop of Mulberry to Dibley to conduct the christening; he's highly eccentric as well as very loud. During a chat with David at a post-rehersal drinks party, the Bishop observes that David is in love with the Vicar. David is initially shocked at such a notion - but then, they have been agreeing quite a lot of late.

Soon, David is at the vicarage, with talk of love and a mission to woo - a little hypothetically. Geraldine pours cold water on his surprise announcement, and he duly leaves. The following week however, Hugo reveals at the Parish Council meeting that David has not been seen since.

As everyone begins to worry, he bursts through the door, wearing a loud pink shirt and leather jacket, presents the Vicar with a cheque for £100,000 for the cause of her choice, and announces that - shock of all horrors - he has joined the Labour Party. He then unveils a live musical combo, drops to one knee and requests Geraldine consent to marry him. Although somewhat overwhelmed by the situation, Geri accepts his proposal. Could this at last be happy ever after for the Vicar?