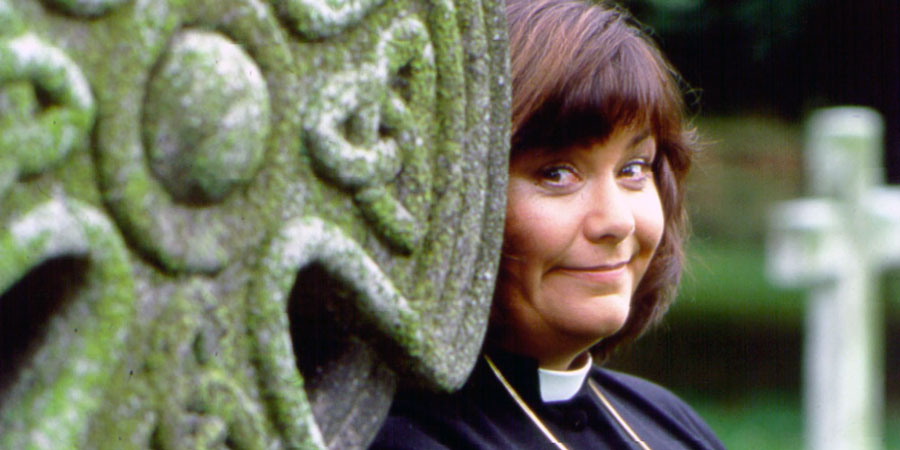 About The Vicar Of Dibley 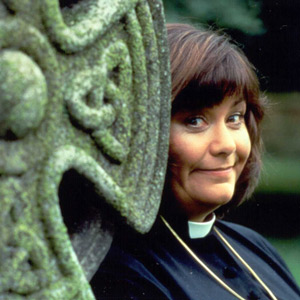 When their vicar passed away in the middle of a service, the inhabitants of the small Oxfordshire village of Dibley expected the replacement to be another old man with a beard and bad breath. It turns out he didn't have a beard or bad breath, but he did have boobies... for he was a she!

This was the premise on which Richard Curtis based The Vicar Of Dibley. The show launched in 1994, when the topic of female vicars was one of the most controversial social arguments of the day, with much debate in the Anglican Church over the move to allow the ordination of women vicars.

The action is set in the fictional village 'Dibley' (played by the hamlet of Turville in Buckinghamshire). Dibley has an expectedly traditional rural feel and a similarly small Anglican village church with, at the start, less than a handful of regular attendees.

The plot arc begins as we witness the horror of the villagers upon being sent a new female vicar - Geraldine Grainger (Dawn French). In subsequent episodes they "try her out" to see if she'll be as good as a male one; and then in the latter episodes the plot settles around the lives of the villagers as Geraldine becomes an integrated (yet, by being normal, not normal by Dibley standards) resident of the village.

Dibley has a keen sense of community about it, and people rally around each other to share trials and joys. Village events such as the fete and nativity play, and even the protest to prevent Dibley's being flooded for a vital reservoir, are always well attended. 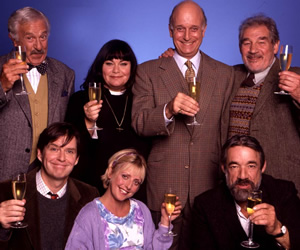 Rather like the village itself, and indeed village rural life in general, the events that happen in Dibley are rarely overly dramatic, therefore the humour is generally centred on the characters' relationships - this however provides a rich vein of laughs thanks to the strong character traits.

A popular element of this sitcom is the 'closing sermon', played out during the course of the credits. This segment involves Geraldine and Alice sitting alone in the rear of the church at which point the vicar tells Alice a joke that she invariably doesn't understand. For example, when Geraldine tells the famous "why the long face?" horse joke, a debate ensues in which Alice tries to explain to a dumbstruck Geraldine that all horses have long faces so the barman shouldn't think the horse is depressed.

New Year's Day 2007 saw Dibley bow out with its last full episode, The Vicar In White. By this point the show had firmly established itself as one of British comedy's most popular programmes (a big 2004 poll named it the UK's 3rd favourite sitcom), and over 12 million viewers tuned in to see whether Geraldine would get married to charming Dibley newcomer Harry Kennedy.

That wasn't quite the end of the show though. Since the final special, Geraldine has cropped up a few more times. Most recently a short special for Comic Relief 2013 saw the parishioners head to London, and in 2014 Dawn French presented Radio 4's thought for the day in character as the vicar.

On the 14th July 2014, the Church of England's General Synod voted to allow women to become bishops for the first time in its history. If Geraldine Grainger were real, this is the day on which she'd have no doubt have felt it was 'mission complete'. She might have even had a big box of chocolates to celebrate.