As British Comedy Guide revealed last month, the 35-minute Comedy Slice, which airs this autumn, has also been made for the US streaming service HBO Max. It is based on Two Weeks To Live star Rizwan's 2018 Edinburgh Fringe show of the same name, which derives from his mother's advice to him growing up that if "life gives you mangoes, make mango juice".

Rizwan plays Jamma, who desperately wants to be the centre of attention, but his family are constantly stealing his thunder.

Mum, Farida (Shahnaz Rizwan) always makes everything about her, Dad, Saif (Mirza), ignores him and brother, Isaac (Nabhaan Rizwan), steals the limelight at work - the one place Jamma feels like he's doing well. And when he finally does get validation from boyfriend Guy (Him & Her star Tovey), he can't handle it. Jamma's hyperactive imagination goes into overdrive and the world transforms around him.

As recounted in his 2018 storytelling show, Pakistani-born Rizwan's mother became a Bollywood star after he featured her in one of his music videos. The wannabe showbusiness megastar's father is a playwright, while his brother, Nabhaan, who is also an established actor, has just shot HBO Max's sci-fi mini-series Station Eleven, about a pandemic that wipes out most of the world's population.

"I did a live show at the Edinburgh Fringe about how my mum always steals my thunder" said Rizwan. "Luckily, I've been commissioned to make my own TV pilot. Unluckily, my mum is in it and really steals my thunder."

Juice is one of three BBC Three comedy pilots from queer writers confirmed by the corporation today, alongside Kat Sadler's such brave girls [sic] and Soph Galustian's Peck'Eds. 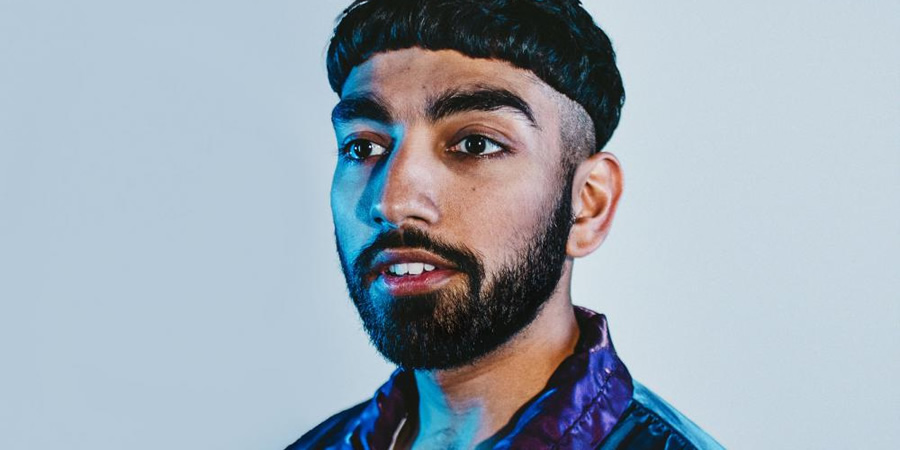 "Working with the hugely talented Mawaan has been a pleasure and a privilege" said Clarke, managing director and executive producer for VAL. "He has a unique comedy vision of the world, and the result is a show that's truly original - heart-warming, life affirming, surreal, surprising and very funny."

Head of BBC Comedy Qureshi added: "We're incredibly excited to bring Mawaan's creation to the screen. He has such a talent for storytelling and performance - which clearly runs in the genes! With a fantastic cast and creative team behind the scenes, Juice is truly something special."

Appointed as the BBC's first Young People's Comedy Laureate in July, with a remit to champion comedy as an artform, and to engage and inspire new talent to begin writing and performing, Rizwan is head judge for the corporation's New Comedy Awards, for which he is spearheading the new under-18 category, and curating the inaugural BBC Comedy Festival, as well as shaping and informing the BBC's outreach programme in schools.

A writer for the hit Netflix comedy Sex Education, reprising that job for the third series out on the 17th September, Rizwan was named one of Forbes magazine's "30 Under 30" performers to watch in Europe last year.

The erstwhile cross-dressing comic also presented the 2015 BBC Three documentary How Gay Is Pakistan?, in which he met people in the country living gay and transgender lives despite fear of persecution.

Further screen credits include appearing on Live At The Apollo and Harry Hill's Clubnite, as well as Simon Amstell's films Carnage and Benjamin, after he supported the former Never Mind The Buzzcocks host on tour. He has released three comedy songs as singles: I've Got A New Walk, Never Been Skiing and Mango.