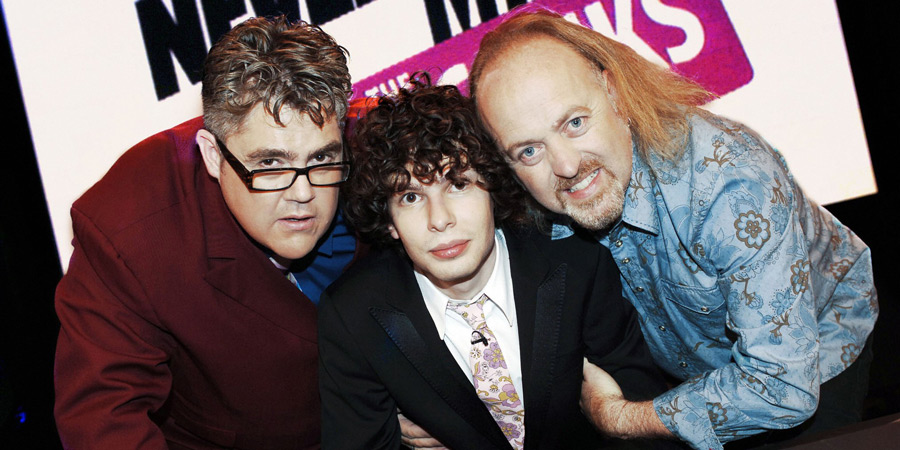 Panel game based on the world of rock and pop music, featuring comedians and musicians

Never Mind The Buzzcocks is a panel game that takes a satirical swipe at the world of popular music. Each edition features sarcastic humour and attacks on the current state of rock and pop music.

Originally hosted by Mark Lamarr, then Simon Amstell, and finally by Rhod Gilbert, the series has also undergone periods of guest hosts.

Phill Jupitus played team captain in all but one of the programme's episodes, with Sean Hughes his original regular opponent. Hughes was replaced by Bill Bailey, and later Noel Fielding. Guest team captains filled in during Series 22.