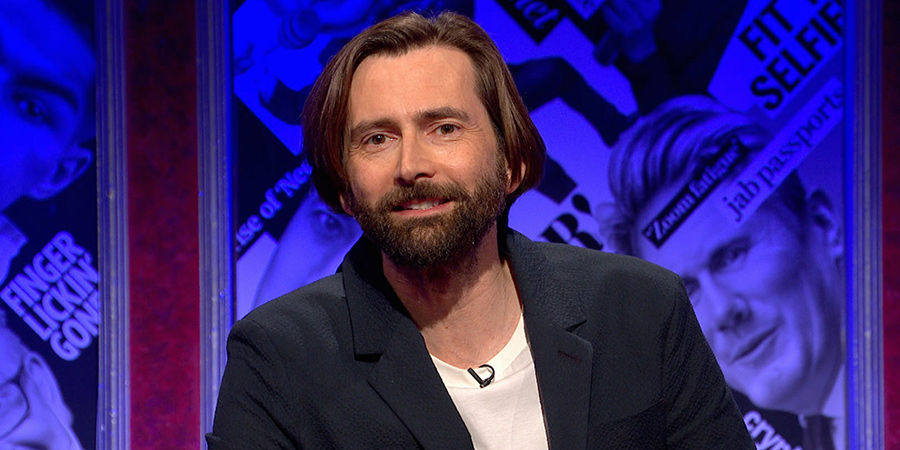 David Tennant guest presents. He will be joined by comedian Jack Dee and journalist Helen Lewis as the programme continues to record in studio, with a virtual audience.
Preview clip

The episode was originally scheduled to air at 9pm on Friday 9th April, but was postponed due to the death of the Duke of Edinburgh, Prince Philip.

Should the NHS give out brave stickers for getting vaccinated?

In the first episode of the new series, the panel take a jab at the NHS vaccination protocol.