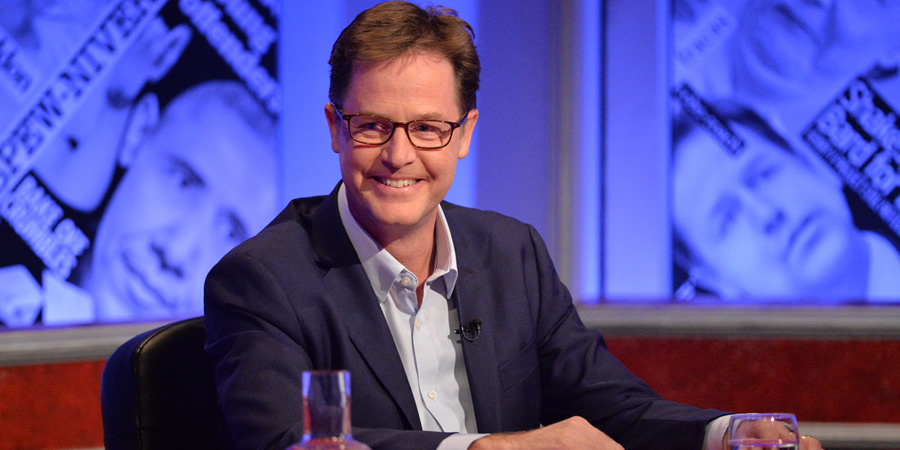 In the first episode of the new series, former Deputy Prime Minister and leader of the Liberal Democrats, Nick Clegg takes to the host's chair. Stand-up comedians Kevin Bridges and Roisin Conaty are the guests.
Preview clips

Talking about hosting the show, Nick Clegg says: "Call me a glutton for punishment as I know Hislop and Merton don't pull their punches but I couldn't turn down the offer to present an episode of Have I Got News For You. I like to think five gruelling years of coalition government will have been good preparation."

Four months ago the Amazing Paul was predicting some topical comedy in your future...