There's a party in Runcorn as Gaz celebrates his 30th birthday. However, his festive mood is short-lived.
Preview clips 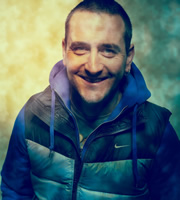 There's a party in Runcorn as Gaz celebrates his 30th birthday. However, his festive mood is short-lived as he reflects on his life and feels melancholy about what little he has to show for the past 30 years.

Meanwhile, Donna has a crisis of her own, when she pays a visit to the doctor's and is left reeling by the news she receives.

At the Archer, Tim is stunned when Leonard asks him out on a date; he's thrilled but anxious, as he hasn't been on a date in years and worries about starting a new relationship.

Cassie and Billy's happiness is threatened when Cassie's ex-boyfriend tracks her down, determined to rekindle their relationship.

This episode was dedicated to the memory of director Gareth Carrivick.

Behind the Scenes: Tim's Coming Out

Donna is explaining to a 'flouncing' Tim why she still hasn't told Gaz her secret, before she is interrupted by a rude man.

Tim And Leonard Arrange A Date

Tim takes a little while to understand what Leonard is trying to say.